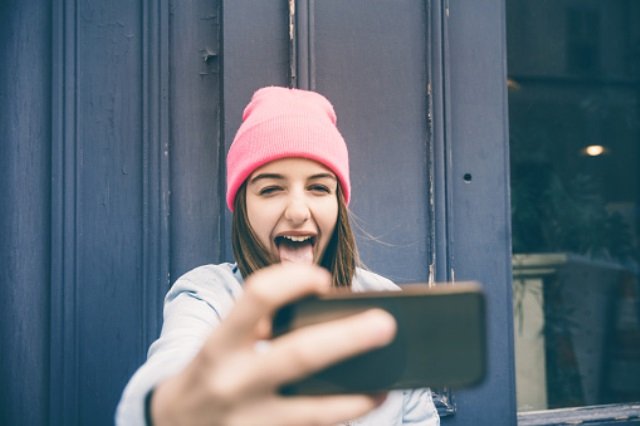 Reasons parents must not allow their teenage girl children to use the Instagram app: 5 reasons Instagram is not good for teenagers

The Wall Street Journal (WSJ) report revealed that the researchers of information technology social media giants have repeatedly found that the body image physical appearance photo-sharing platform on the Instagram app harmful for millions of young users, especially teenage girl children. Sen. Richard Blumenthal, a Democrat from Connecticut, US, described it issue as a dangerous product targeted at the youths of hidden science of the toxic impact

After conducting researches for the past three years into how the Instagram app affects millions of young teen girls who make use of the social media platform, the Wall Street Journal (WSJ) research report revealed that the platform can damage their mental health.

According to the Wall Street Journal, Facebook researchers concluded that some mental health problems for teens were specific to Instagram, and not social media more generally.

Even though Instagram has attracted numerous younger users for the parent Silicon Valley company, but internal research confirms that the app is linked to major mental health repercussions especially in young teen girls — a discussion that many critics and experts have raised over the years

Another reason parents should disallow their teens from accessing Instagram social media content is that it gives them negative feelings about physical appearance. The research also shows the app can damage body image and self-image. In fact, about 33% of the teenage girls who felt bad about their bodies felt worse because of Instagram, according to the report.

Another study found that more than 40% of Instagram’s teen users in the US and UK felt “unattractive” after using the app. Another quarter of them felt they are not good enough and many also reported that the app affected their confidence in their friendships. The information technology giant’s $100 billion-plus in revenue and $1 trillion valuations, also impacts teens who are boys — another internal study in 2019 showed that 14% of American boys said Instagram negatively affected their self-image.

One internal presentation slide obtained by The Journal, summarizing the research about the reactions of the adolescent girls who experience body image photo-sharing, revealed they have suicidal thoughts – desiring to take their lives.

Jasmine Fardouly, a researcher at the University of New South Wales in Australia focused on the impact of social media on social media. body image. said, “We may be able to reduce the harm, but there will always be some ways that Instagram is harmful.”, and researchers and former Facebook employees say that Instagram’s problems may be inherent to the platform and therefore almost impossible to fix.

An unhealthy experience less negative body image and mental health problems associated with the app owned by the information technology company is that it makes teenage children develop a negative ‘social comparison’ attitude with focus on how their wealth, appearance or success stacks up against other people on the platform.

Social comparison, in which adolescents base their value in relation to attractiveness or success of others, is actually worse on Instagram than compared to apps like TikTok or Snapchat, the research noting that theformer is about the body and lifestyle, much more than the Snapchat.

Parents should discourage their adolescent youths from using the app because of its additive nature. According to its report research report in 2020, adolescents, who easily get addicted to posting and sharing on the app, can develop eating disorders, body issues, and depression, according to its 2020 internal research. Curated feeds by the algorithm further fuel that problem as it serves up endless content to its users.

Facebook documents obtained by the Wall Street Journal (WSJ) demonstrate that Instagram’s parent company knows the app can be toxic for teenage girls.

Though Facebook’s own research found that teenage girls are particularly susceptible to the mental toll of Instagram, where highly filtered and edited photos promoting unrealistic and often unattainable physical appearances in body standards run rampant, Facebook have reportedly not made the reports public. According to the report, despite the telling results, Facebook never made its findings public or shared it with academics or lawmakers who have sought this information. And publicly, the company continued downplaying the app’s harmful effects on adolescent children.

Our Information Technology & Communication System for Teenage girls Education for public mental health care towards Healthy Lifestyles and Wellness Living is about creating and delivering impacting, and empowering mental health problem-solving information, and enhancing effective communication skills and solutions to our amiable readers for better and sustainable livelihood of the teenage girls – Eduonwheels.