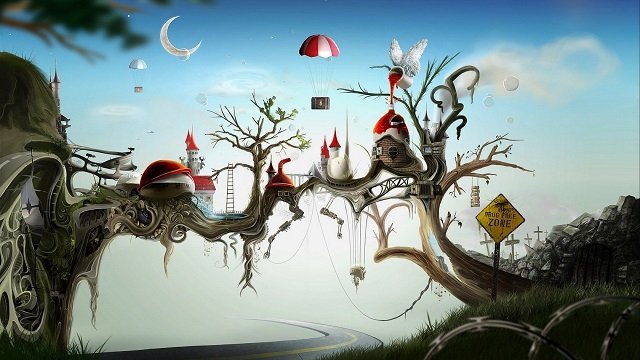 Contents hide
1 Disturbing CCTV video footage shows captured several incidents where a violent maniac a man strangled his ex-partner
2 Watch video: Leopard gets rescued from an open well using “Mohenjo Daro Harappan Technology”
3 100-Year-Old Giant Fish Caught In Canada on Father’s Day, Thrown Back in River
4 Cockroaches that ate Apollo 11’s moon dust are up for sale. NASA stops the sale
5 Watch video: Ukrainian man casually shaving beard while a Russian missile is lodged in his home
6 A queen-look-alike was spotted in a crowd at a World Music Festival disguised in a blue coat
7 Man reunites with his phone he accidentally dropped Into river 10 months ago still in good working condition

The disturbing CCTV footage of 40-year-old Christopher Forrest wearing pants only while abusing his ex-girlfriend was posted to Facebook. Photo credit: Daily Star

Watch the disturbing CCTV video footage showed captured several incidents where a violent maniac a man strangled his ex-partner and threatened her life – including one incident where he was in his underwear.

The man identified as Christopher Forrest was caught on camera throwing his terrified victim to the ground or around the house while hurling abuse at her during a campaign of domestic violence against her.

The terrifying video which was recorded on a camera meant for dog-watching when the house was empty, showed the Thug Forrest hurling abuse and launching unprovoked attacks on the woman. On one occasion, the violent maniac Christopher Forrest pictured in his boxers, dragging his ex-girlfriend out of the kitchen and slamming her into a wall.

The female victim confessed to the court that on another occasion, the demented Forrest forced bank notes into her mouth as punishment for asking him for money. She described him as an unpredictable man who would lash out even when you try to do something nice for him.

She said: “At the time of each attack I suffered physical pain as detailed above and left in a state of shock for many hours at times which came in forms of silence with disbelief of what had happened to me, or in floods of tears and very distraught and unable to understand why I deserved this treatment from an individual that claimed to love and care for me.

The attacks happened at their home between July 2017 and August 2020, the Daily Record reports.

Photo of the leopard being rescued from a well aid of a “Mohenjo Daro Harappan technology”. Picture credit: NDTV

In an interesting story making around the social media, an Indian Forest Service (IFS) officer Susanta Nanda recently shared a video showing the rescue of a leopard in an undisclosed location to draw attention to the issue of open wells around animal habitats.

The short video clip showed the leopard being lifted from inside the well with the aid of a “Mohenjo Daro Harappan technology”.

The leopard escaped as soon as he was pulled out.

Since being shared, the clip has garnered more than 43,000 views on Twitter. Several internet users lauded the forest department officials for the rescue, while others urged covering open wells in order to avoid risk for children and wildlife.

100-Year-Old Giant Fish Caught In Canada on Father’s Day, Thrown Back in River

Watch the video of the enormous fish leaping out of the water, revealing its true size.

Fishermen in British Columbia, Canada, recently caught an enormous white sturgeon that is over ten feet long and estimated to be at least 100 years old.

A 100-year-old white giant sturgeon (a large primitive fish characterized by bony plates on the body was caught, photographed, and released back into the river. The bizarre incident was later posted on Facebook.

According to a Facebook post, “newbie” fishermen Steve Ecklund and Mark Boise went on a fishing trip near Lillooet with guides from River Monster Adventures, Nick McCabe, and Tyler Speed, on Father’s Day, when they caught the giant fish. It took almost two hours to reel in the white sturgeon.

Mr. Ecklund informed that the sturgeon measured 10 feet and one inch long, and had a girth of 57 inches. “Our last fish of the day ends up being the largest sturgeon caught in the company’s history,” he wrote in the caption, adding, “This beast would definitely push 700lbs (317 kg) and be north of 100 years old.”

The white sturgeon had not been previously tagged, leading to officials suspecting that this may have been the first time it had been caught.

As per Newsweek, white sturgeon are the largest freshwater fish in North America, growing up to 14 feet long, and weighing up to 680 kg. According to the Fraser River Sturgeon Conservation Society, white sturgeons can also live for over 150 years.

Cockroaches that ate Apollo 11’s moon dust are up for sale. NASA stops the sale

Images of the cockroaches that ate the Apollo 11 moon dust. Image credit: NPR

In weird news of today, the cockroaches that ate Apollo 11’s moon dust are up for sale at an auction as reported by NPR News.

The astronauts in the Apollo 11 mission that first landed humans on the moon collected moon dust and brought it back to Earth. Researchers used it in experiments, including feeding it to cockroaches to determine if the dust was toxic.

Now some of the moon dust and the remains of the cockroaches who ate it have ended up for sale at an auction. Boston-based RR Auction told The Associated Press they hoped the combo would go for at least $400,000, but NASA says it all still belongs to the federal government, and they want it back. The items were pulled from the auction, but their ultimate fate is yet to be decided.

Watch video: Ukrainian man casually shaving beard while a Russian missile is lodged in his home

Watch a video of a Ukrainian man casually shaving his beard in his kitchen without noticing a missile is lodged in his home.

Photo of the Ukrainian man casually shaving his beard in his kitchen without noticing a missile is lodged in his home. The unidentified man could be seen casually shaving in the sink with the large rocket – taller than him – hanging down from the ceiling to his right. Photo credit: NDTV

Unbelievable footage of an unidentified Ukrainian man shaving his beard with a rocket embedded in his kitchen is going viral on the internet.

Shared on social media Reddit, the clip shows the man having a totally normal day, even though a piece of military equipment hangs from his ceiling.

In the video, the man showed off the ceiling where the undetonated rocket entered his home.

The person who shared the clip explained that the missile is the upper stage of a rocket that doesn’t explode but just falls from the sky and lands anywhere.

A queen-look-alike was spotted in a crowd in Glastonbury – a World Music Festival as she disguised in a blue coat is reported in in In interesting but unusual news, captioned ‘’Brilliant Glastonbury moment goes viral after fans ‘spot the Queen’ in crowd’’ Photo credit: Mirror UK

Glastonbury viewer shares shot of look-a-like ‘queen’ hiding in the crowd amid the music lovers and sparks social media frenzy with others saying the unidentified fan looks like Princess Anne.

The fan — who bears a striking resemblance to our serving Monarch – was spotted sporting a blue coat in the crowd at the world-famous festival.

The unidentified fan appeared to disguise herself from full view wearing her hood up and lightly tinted sunglasses to avoid unwanted glare.

And since a picture of the look-alike has been shared on social media it has gone viral with viewers doing a double-take at the image and sparking a barrage of banter.

A man reunites with his phone he accidentally dropped Into a river 10 months ago still in good working condition.

The UK man identified as an internet user who dropped his mobile phone in a river nearly a year ago (about 10 months ago) says he unbelievably got the phone returned to him and interestingly the phone is still in good working condition, according to NDTV.

Miguel Pacheco, who found the phone, made a post in a local Facebook group about finding an iPhone while canoeing in the Wye River, earlier this year in this weird story.

Mr. Miguel said that he took the phone home, dried it properly by placing it in and out with an airline compressor, before placing it in the airing cupboard overnight, charged the device, and was surprised to discover it still worked. He was prompted to search for the owner, found out the couple’s address in Edinburgh, UK, and sent the phone to them.

The internet user revealed that the screensaver on the phone was a photo of a couple and the date it showed was August 13 – the photo he shared was recognized by friends of the phone’s owner Owain Davies and his fiancee Fiona Gardner.