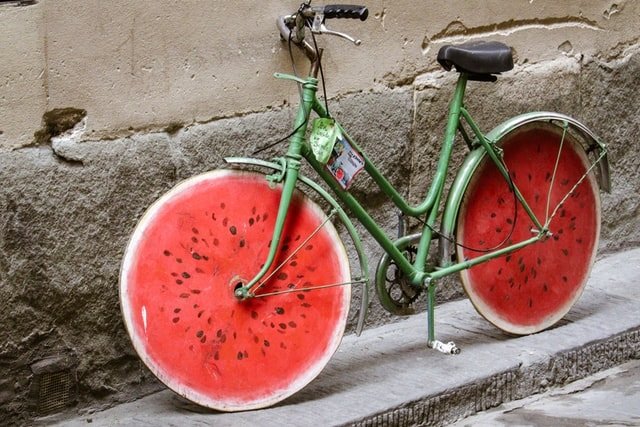 Contents hide
1 Dangerous fat-dissolving injections sold by shady beauticians and cosmetic treatment clinics as ‘’speedy’’ weight-loss treatment
2 Employee paid 286 times his salary by mistake by the company resigned and took off with the money
3 People who have similar body odours may form be good friends or be better bonded socially
4 Watch the viral video of an Indian woman dances with Irish friend on ‘Chikni Chameli‘ Song
5 Watch the viral video of a cop helping duck family cross a busy road to the delight of internet users
6 Watch viral video of curious teams of onlookers disturbing the peace of elephants as Twitter users comment.

Photo by Nick Fewings on Unsplash

According to the bizarre report, many many Vietnamese women spend small fortunes on injectable fat-dissolving serums that end up putting their lives at risk and leaving them with permanent scars. Vietnamese news outlet ZING recently featured several cases of women who turned to fat-dissolving injections to easily get rid of their excess body fat.

A 29-year-old Ms. N.T.L., whose identity was protected for privacy reasons, was advised by a friend to visit a beauty clinic in Ho Chi Minh’s District 1 for her magic weight loss solution imported from the UK that didn’t require dieting or exercising while she was looking for ways to quickly lose weight suffered from severe pains, hips and abdomen, puss-filled pockets under her skin, large abscesses, and uncontrollable bleeding when she was injected with the miracle fat-dissolving serum.

Ms. N.T.L. spent half a year in the hospital undergoing dozens of surgeries and dealing with situations she never imagined in her worst nightmares

Dr. Ngo Duc Hiep – Head of the Department of Burn – Plastic Surgery, Cho Ray Hospital in Ho Chi Minh City, said that the main ingredient in this dangerous fat-dissolving agent is Phosphatidylcholine (PCC) dissolved in the ionic detergent Deoxycholate sodium. It is sold under different labels, like Lipostabil, Dermaheal LL or Liponsaure, and used properly it can actually save lives. However, it’s proper use has nothing to do with weight loss or cosmetic procedures.

“When injecting Lipostabil into fat tissues, the drug will gradually destroy fat cells and burn fat cells into emulsions,” Dr. Hiep said. “However, this drug is only used to treat fat-caused pulmonary embolism or patients suffering from blood lipid disorders. Some beauty establishments have taken advantage of Lipostabil’s properties and advertised the product as a ‘panacea’ to help melt body fat.”

A Chilean man, who was paid 286 times his salary in May by accident by the company had unexpectedly resigned his appointment and taken off with the money.

According to Economic Times, India report, the employee had earlier promised his boss that he would return the amount that was paid to him in excess in person after he was notified, but he rather took off with the money and submitted his resignation letter. The company could no longer reach him after he had promised to visit the bank for a refund.

According to media reports, the man worked at Consorcio Industrial de Alimentos (Cial), which happens to be one of the largest producers of cold cuts in Chile.

Strangely, a new study has suggested that people who have similar body odours may form good friends or be better bonded socially.

This is contained in bizarre news captioned ‘’ People having similar body odour may form friendships or socially bond better, says study and Friends at first sniff: Study finds people are drawn to others who smell like them’’ as reported by Hindustantimes

Researchers have found that people may have a tendency to form friendships with individuals who have a similar body odour.

Inbal Ravreby, a neuroscientist at the Weizmann Institute of Science in Rehovot, Israel, found her inspiration for an experiment to test if smell influences us after she started to contemplate the phrase “there is chemistry between us.”

Ravreby and her research team used a chemical sensing device called an electronic nose, along with a collection of human “smellers” to back up its measurements to see if the smell has its place in the world of attraction.

They then recruited 20 pairs of non-romantic friends, half female and half male, who said they clicked straight away on the first meeting.

The researchers were even able to predict the quality of social interactions between complete strangers by first ‘smelling’ them with a device known as an electronic nose, or eNose. These findings suggest that the sense of smell may play a larger role in human social interactions than previously thought.

The new study which was published in the journal, Science Advances, on Friday, reports that people with similar body odours are more likely to strike up a friendship suggesting that by subconsciously sniffing themselves and others, people may be making subliminal comparisons between strangers and may then gravitate towards those whose smell is similar to their own, for social interactions and form better friendships.

The video of an Indian woman living in Belgium in which she is seen dancing to ‘Chikni Chameli’ along with her Irish friend has gone viral.

In this interesting and entertaining news, Sahira Taneja and her friend are seen trying in a shared video which has gone viral copying the steps of Katrina Kaif captioned ‘’ Viral Video: Indian Woman Dances With Irish Friend On ‘Chikni Chameli‘ Song’’ as reported by NDTV.

Indian woman living in Belgium has shared a video in which she is seen dancing to ‘Chikni Chameli’ – a song from Hrithik Roshan and Priyanka Chopra starrer ‘Agneepath‘ – along with her Irish friend.

The video has been shot in Belgium and shows Sahira Taneja and her friend trying to copy the steps of Katrina Kaif, who danced on the peppy number in the 2011 movie.

Indian film music is popular across the globe. Many content creators and social media influencers, like Kili Paul, keep posting videos of themselves lip-syncing to the latest Indian movies and are wildly popular.

The video has been viewed 7.6 lakh times and has more than 49,000 likes on Instagram. The user thoroughly enjoyed the dance performance.

A policeman on duty in Paris is seen helping a duck and its family cross the busy road. Photo credit: NDTV

In our cute and delightful news that is going viral, a policeman on duty in Paris is seen helping a duck and its family cross the busy road.

There are people who never hesitate to show kindness to the animals even when they are busy. One such video is winning hearts on the internet which shows two police officers stopping traffic in Paris to help a mother duck and her ducklings cross a busy road.

A video is winning hearts on the internet, showing two police officers stopping traffic in Paris to help a mother duck and her ducklings cross a busy road.

The video has been shared by a user named Alix Guy on Instagram. It shows a mother duck moving towards a road with young ducklings following her. The security personnel halts the traffic so that the adorable family may cross the street safely.

This weird ‘’video shows some individuals surrounding and disturbing the peace of elephants which made them angry as captioned ‘’ Bureaucrat Slams Video Of Individuals Surrounding Elephants, Twitter Divided, according to sarkari-job-wale.in.

A video displaying curious teams of onlookers disturbing the peace of elephants in their pure habitat is a scorching matter of debate on social media lately. The video has been shared on Twitter by IAS officer Supriya Sahu, who stated it has been shot in Hasanur, in Karnataka.

It reveals two elephants and their calf surrounded by teams of individuals sitting in their vehicles. The animals are seen getting agitated by the onlookers who’re recording the visuals.

The video has amassed greater than 20,000 views and 536 likes since being posted on Monday. Customers are additionally seen discussing the behaviour of the onlookers. Some Twitter users describe the behavior as unacceptable and barbaric.