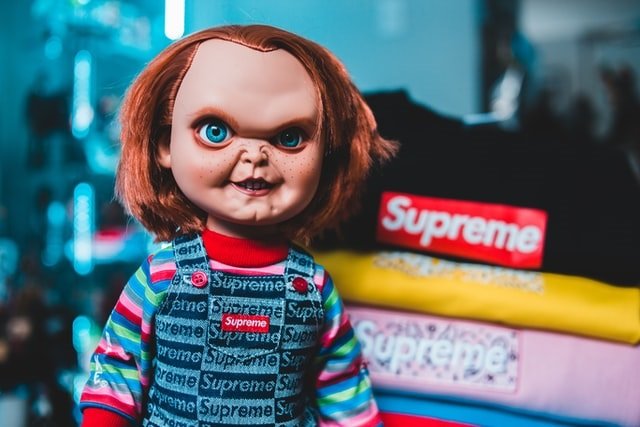 Contents hide
1 Top 5 unbelievable, bizarre, strange, weird, scary, and interesting real stories and news of Monday, July 25, 2022 – Videos and Photos
2 Penguin ‘Morning Rush Hours’: Watch interesting trending video of birds sliding on ice in Antarctic
3 Photos: Mysterious series of ‘human-made’ holes on the bottom of the ocean baffle scientists
4 Dogs might be able to ‘see’ with their noses, a new study suggests
5 Photo of a strangely-looking and scary ghost-like creature lurking in woodland captured
6 Man charged by a policeman for riding motorcycle without sufficient fuel
7 Beer-drinking horse who lives in a bar is made mayor
8 Watch trending video: A little cute boy falls from the bike and dances sweetly. Is it how to react to a life challenge?
9 Trending photo: Website where you can get your own online death certificate
10 Scary Chucky doll that scared neighbour becomes real-life ‘Child’s Play’
11 ‘Scary’ Annette doll that resembles possessed little girl from ‘The Exorcist film.’ which has been terrifying customers in a charity shop finally sold to brave new owner

Photo by Erik Mclean on Unsplash

Hello amiable reader and viewers, welcome to our Eduonwheels blog for today this Wednesday, July 27, 2022, where we’ll bring you all the latest reports on weird, unbelievable, strange, bizarre, odd, scary, mysterious, incredible, horrifying, terrifying, terrific, unusual, funny, unexpected, exciting and interesting news and stories on things and happening around the world in the most entertaining way.

As is always the expected case, in our latest weird news blog for today, the daily updates in posts will follow below in the collection of the most recent of the weirdest news for this day, Wednesday, July 27, 2022, reported below in no particular order.

Photos: Mysterious series of ‘human-made’ holes on the bottom of the ocean baffle scientists

Scientists have discovered a series of mysterious “perfectly aligned” holes in the sediment 1.7 miles beneath the surface of the Atlantic Ocean – and do not know what has caused them. Picture credit: Sky News

Scientists have discovered a series of strange “perfectly aligned” holes in the sediment 1.7 miles beneath the surface of the Atlantic Ocean – and do not know what has caused them in today’s latest weird blog posted online

The mysterious holes which could baffle internet social media users were found by the US National Oceanic and Atmosphere Administration (NOAA) while conducting an exploration of the sea bed around the mid-Atlantic Ridge using a remotely operated vehicle.

The odd-looking holes, which could be vents or trails, were found in the sediment near the summit of an underwater volcano north of the Azores.

In a post on Facebook, NOAA acknowledged that the holes had previously been reported from the region – “but their origin remains a mystery”.

The unusual news blog post is headed: ‘’ Images show weird ‘perfectly aligned’ holes beneath the Atlantic Ocean – and nobody knows what made them

Dogs might be able to ‘see’ with their noses, a new study suggests

A new study suggests has revealed that dogs might unusually be able to ‘see’ with their noses, according to one of today’s blog posts

The findings bear out stories from vets who have described blind dogs strangely acting completely normally – playing fetch and not bumping into things.

A team of vets, including Dr. Philippa Johnson from Cornell University in New York, weirdly discovered that vision and smell are actually connected in the brains of dogs – something not yet found in any other species.

This weird blog post was captioned: ‘’ Dogs might be using their highly-sensitive noses to ‘see’ as well as to smell, a new study suggests ‘’

A photo of weirdly-looking and scary ‘Bigfoot, ghost, or killer clown’ has been pictured lurking in a terrifying woodland snap, in one of our latest bizarre news blog posts and it is trending on social media Twitter

According to the report, an online Twitter user has shared a scary snap that appears to show a shadowy figure lurking just a few metres away behind some bushes. The internet is divided over whether it is Bigfoot or a ghost or a killer clown.

A scary picture of a shadowy figure snapped in some woodland has the internet in frenzy, with many suggesting it is a ghost, clown, or Bigfoot

Two images – one of them zoomed in – were posted to Twitter. They show what appears to be a weird figure crouched behind some shrubs with its head and left shoulder visible.

The news blog post about the photos of an unusual figure was captioned: ‘’ ‘Bigfoot, ghost or killer clown’ pictured lurking in terrifying woodland snap ‘’

Man charged by a policeman for riding motorcycle without sufficient fuel

In this weird news blog post that has been gaining traction on social media Facebook, a man, identified as Basil Syam, was stopped and charged by a traffic cop while riding his Royal Enfield motorcycle for riding without sufficient fuel and a traffic challan was issued.

According to the report, the man in Kerala, India received a challan which said that he was riding his motorcycle without sufficient fuel with passengers. The image of the e-challan sent by Kerala Traffic Police was posted by the man on his Facebook page and is now circulating online and gaining traction.

The man was riding his Royal Enfield motorcycle when the challan was issued, according to cartoq.com. The image of the Traffic Police e-challan mentions the name of the man as Basil Syam and the fine amount as ₹ 250.

Beer-drinking horse who lives in a bar is made mayor

A beer-drinking horse who lives in a bar is made mayor after many residents supported the idea, according to one of our latest unbelievably weird news blog posts of today, Wednesday, July 26. 2022, as he now spends much of his time visiting hospitals, recovery groups, mental health wards, specialized schools, and even wakes.

According to the strange report, Patrick, Miniature Shetland, has now been made the unofficial “Mayor” of Cockington near Torquay. His owners Kirk and Hannah Petrakis even made him a special chain of office.

A beer-drinking pony who enjoys a pint and lives in a pub has become a mayor. Miniature Shetland Patrick earned celebrity status as a regular at his local boozer where enjoys Irish stout.

Hundreds of people signed a petition calling for Patrick to be appointed mayor of Cockington, Devon, UK. It follows the death of unofficial mayor Don Mills in 2019. He now spends much of his time visiting hospitals, recovery groups, mental health wards, specialized schools, and even wakes.

The unbelievably odd news blog post was captioned: ‘’ Pony appointed mayor of UK village – and he even enjoys a pint of beer after residents approved the idea

Watch trending video: A little cute boy falls from the bike and dances sweetly. Is it how to react to a life challenge?

Watch a social media trending video of a little cute boy who fell from his bike and danced wonderfully well, according to one of our latest interestingly weird news blog posts, has been described by internet users as a little kid a “kid legend” and “kid rockstar

The video opens to show a kid riding his bicycle. But, seconds later, as he suddenly loses balance he falls on the road. The little one then gets up and starts to sweetly dance instead of being sad or crying. “This should be your reaction when life challenges you!” read the caption of the post.

An adorable video of a little boy shaking off a bike fall with a frantic little dance is going viral, trending on the internet.

Shared on social media Twitter on Tuesday, the short clip has already accumulated more than five million views and 200,000 likes.

The odd news blog post with the caption: ‘’ Watch: Little Boy Dances After Falling Off Bike, Internet Calls Him A “Rockstar” ‘’

Trending photo: Website where you can get your own online death certificate

By on the general saying that if you want something done right, do it yourself, industrialist Anand Mahindra shared a screenshot of a website that asks you if you are going to get your online death certificate for yourself or the document for someone else, according to one of our today’s news blog post.

Sharing the picture on Twitter, Mr. Mahindra wrote, “So we’re not the only culture that believes in an afterlife…”

The webpage that he shared is from Mecklenburg County, North Carolina in the United States.

The unusual news blog post is captioned: ‘’ Want to get it yourself? You Can Get A Death Certificate On This Website. But There’s A Catch

Chucky doll – a horror movie character spooked an Alabama neighborhood before being unmasked, according to a report

A scary Chucky doll that scared a neighbour eventually turned out to be a real-life ‘Child’s Play’, the photo of which trended on social media Facebook, in this bizarre news blog post.

According to the report, residents of Pinson, Alabama, US, did not want to play with a Chucky doll roaming their streets during the day.

Kendra Walden spotted the scary figure resembling the evil protagonist from the 1980s “Child’s Play” horror movies and posted alarming pictures on Facebook. The diminutive look-alike prowled the neighborhood in overalls and a striped shirt, with long red hair very much like the movie villain.

“I almost had a heart attack,” Walden wrote.

Some Facebook users tagged parents, joking that their children were terrorizing neighbors. Others were unbelievably scared

‘Scary’ Annette doll that resembles possessed little girl from ‘The Exorcist film.’ which has been terrifying customers in a charity shop finally sold to brave new owner

A ‘creepy’ Annette Himstedt doll that’s been terrifying customers for days has finally been sold to a brave new owner. Annette is terrifying

A ‘creepy’ doll named Annette that spooked customers and staff at a Cornish charity shop has finally been sold to a brave person who has actually let the scary toy into their home, in one of our latest weird news posts of today, Wednesday, July 27, 2022

The collector’s doll has been turning heads in the Woodside Animal Welfare Trust’s Saltash shop since it was donated last week with many customers speculating it’s ‘haunted’.

Knowing they were in the presence of something unholy, the shop posted on its Facebook page and begged customers to take it off their hands.

And it now appears someone has unwittingly purchased the ‘demon child’ and taken it into their family home.

During its short stay in the shop, the creepy doll with a thousand-yard stare unnerved customers and staff alike.

Responding to the shop’s Facebook post, many customers compared it to the possessed little girl from The Exorcist film.