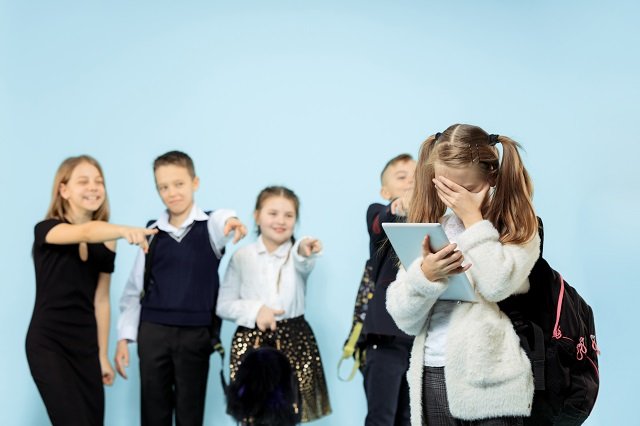 The issue of Child Sexual Abuse (CSA) in England UK school premises is regarded as ‘common’ just like bullying that no school is immune to and the girl children don’t bother reporting it. Child sexual abuse is likely the most prevalent health problem children face in UK schools. The Child Sexual Abuse (CSA) Centre said the majority of abuse is never reported or uncovered.

Isn’t the recent development of criminalizing children unnecessarily shocking, frightening, and regretful for any primary or secondary school parent whose child is enrolled in a UK school? With sexual harassment so ‘normal’ that pupils don’t bother to report, here are the reasons the victims don’t report it:

84% of sexually-abused UK schoolgirls were unreported

1. The school, parents, teachers and government are not prepared to tackle the problem in schools.

One of the reasons why sexually-abused UK schoolgirls do not report the incident is because the school, parents, teachers, and government are ill-prepared to handle sexual harassment cases in schools. This implies that the key stakeholders in school education overlook what has been described as the worst societal crimes ever.

Home Secretary, Priti Patel, described child sexual abuse as one of the worst crimes imaginable and we have been relentless in our efforts to tackle it.

The Chief Inspector of Ofsted said that she was “shocked” after finding that teachers and government alike weren’t fully prepared for the scale of sexual abuse among girl children. ITV News reported that many teachers, like parents, felt that without specialist training they would struggle to grapple with the evil menace that has bedeviled their society – a reality that’s changing so rapidly.

Chief Constable, Simon Bailey, the Police Lead on child abuse, who has spent eight years contending with the problem of sexual abuse towards and amongst children told an ITV News reporter that UK schools are “overwhelmed” by the scale of the problem that mirrors what’s happening in the wider world, probably just the way COVID-19 infections has overwhelmed hospitalizations in the US, UK, and other gravely-affected countries.

Amanda Spielman, Chief Inspector of Schools said: “This is a cultural issue; it’s about attitudes and behaviours becoming normalized, and schools and colleges can’t solve that by themselves”.

Schoolgirl children do not believe that proper actions would be taken to deal with the cases, so reporting sexual abuse would make no difference.

The survey from UN Women UK, published March 10, 2021, reported by Global Citizen, found that almost all young women in the UK have experienced sexual harassment, and most don’t believe it gets dealt with.

A special analysis of the data in the Guardian revealed that 96% of women did not report the incidents, with 45% saying they didn’t think reporting it would make any difference.

According to ITV News, schoolchildren say sexual harassment is so ‘normal’ they don’t see the point in reporting it. Children told Office for Standards in Education Ofsted inspectors they often do not see the point of reporting sexual harassment because it happens so frequently, while many teachers consistently underestimate the scale of these problems. Whether it’s happening at school or in their social life, they simply don’t feel it’s worth reporting.

The Chief Inspector of Schools, further lamented: “It’s alarming that many children and young people, particularly girls, feel they have to accept sexual harassment as part of growing up.

Everyone’s Invited said it welcomed the report of online teaching of acceptable and unacceptable behaviours as “a positive step forward in the eradication of rape culture”, but it questioned why when many of these points were raised in previous years nothing has happened since. “Who is going to make sure these recommendations are implemented?” it said.

According to a report, a poll of over 1,000 women, conducted through YouGov, found that 97% of women aged 18-24 revealed they had faced harassment, 80% of which took place in public.

The Child Sexual Abuse (CSA) Centre funded by the Home Office, analyzed prevalence estimates and official data up to March 2020 in its latest report, The scale and nature of child sexual abuse revealed that It was likely that the COVID-19 pandemic widened the opportunity gap to spot children at risk of sexual abuse further in 2020/21, with lockdowns (physical and social distancing) making children even less likely to be able to be noticed or tell someone about the sexual abuse suffered.

Covid-19 has already placed a huge burden on our schools, leaving them with desperately limited time and resources.

Ofsted’s review calls on the government to look at the ease with which children can access pornography, along with online bullying and abuse.

Schools, parents, teachers, and the UK government should be poised to maintain the right culture in their corridors and children need sexual relationships and education that is not only healthy but reflects reality because the environment our children are facing is something that parents and government also need to confront.

Exposure of school children to social media platforms must be restricted and their access to online content monitored appropriately for their protection from online pornography and cyberbullying. Mr. Bailey blamed it on social media giants whom he accused of refusing to put children’s well-being before profits as well as the unfettered access for boys in particular to online pornography.

30 Amazing and Great Girl-Child Quotes of All Time