Contents hide
1 4 best ways to end racism and discrimination in the world of sports
1.1 Racism as a virus pandemic
1.2 Nature of racial abuses unveiled
1.3 Racial discrimination cases in sports increasing
1.4 Have the anti-racism results of sports governing bodies, clubs, and organizers been promising?
1.5 Why racism and discrimination persists in the world of sports
1.5.1 1. Drastic terminating measures not in place yet
1.5.2 2. Quality and widespread racial education lacking
1.5.3 3. Lack of equal opportunity and access to sporting events
1.6 Ways to end racism in the sports world
1.6.1 1. Elimination and relegation for racial sports teams and life ban and prosecution for fan racists
1.6.2 2. Giving incentives to reporters of racist behaviours
1.6.3 3. Need to build a stronger coalition against racism in sport
1.6.4 4. Equal opportunity and access to sporting events

Racism as a virus pandemic 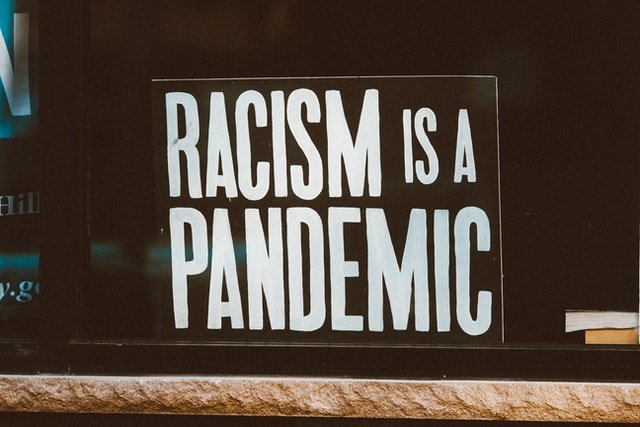 Racism as a virus pandemic. Photo by Jon Tyson on Unsplash

To describe racism and discrimination in sports as disrespect to human rights will be an undervalued statement. Racism is a bug that is deadlier than a viral disease, capable of ravaging an entire society in a twinkling of an eye. Recovery from racial pandemics may not happen at all.

It breaches peace, unity, and progress among people. It is an evil norm that can even contribute to the looming World War 3 happening. I prefer racism in sports to be addressed as a racial pandemic because the effects could be, to some sports stars, more devastating than the current Pandemic of COVID-19 and its variants.

Some people would prefer having severe symptoms of the coronavirus and get treated than face online or social media racial abuse. The stigma might live with them throughout the remaining years of their lives.

Discrimination in sports continues to be a blight on what should be a fun atmosphere and it is capable of derailing every society’s work toward becoming more inclusive of all races, genders, sexualities, religions, and abilities. 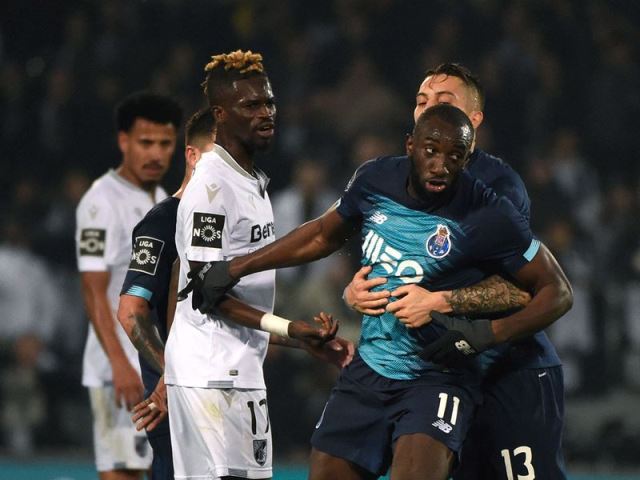 Porto’s Malian striker, Moussa Marega C. attempted to leave the pitch after racists monkey chants were directed at him during a football match. Photo credit: gulfnews.com

Racists nowadays take to social media to abuse black players or other racial groups. They post insulting images and racial slurs, and other abuses come in form of foul languages, offensive chants, and Nazi salutes. Unnecessary petitions against hiring certain players, and even systematic denial of opportunities to play or to join sporting teams based on colour or nationality.

It is quite deplorable and disgraceful that our world continues to witness deeply unpleasant acts during sporting events in our 21st century advancing in modern technology at an alarming rate.

About 40% of women in sports reportedly face gender discrimination based and 84% of American sports athletes have witnessed or experienced homophobia or transphobia. 53% of all reports made to anti-discrimination charity Kick It Out involved racism, a mammoth 11% increase from 42% the previous year if you do the Math. That was a sixth successive yearly rise. The records are there to verify.

Fifty-two cases of racial discrimination in sports in the United States alone were recorded by the University of Central Florida’s Institute for Diversity and Ethics in Sports in 2008. Globally, they noted 137 racist acts were noted which numbers increased to 93 and 216 acts, respectively.

Other Eduonwheels’ Information Education posts that might interest you:

Have the anti-racism results of sports governing bodies, clubs, and organizers been promising? 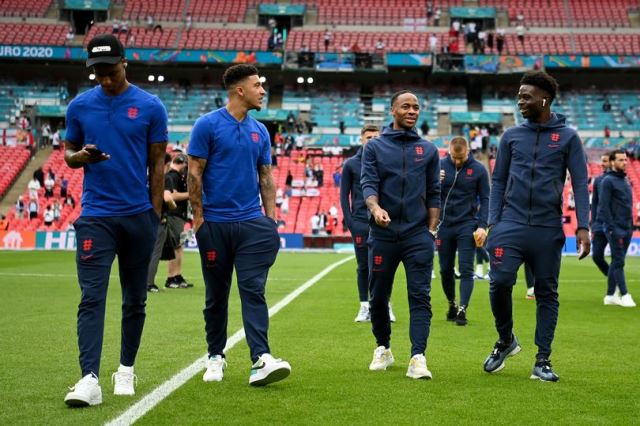 Zero tolerance policies on racial discrimination and racism have been adopted by Fédération Internationale de Football Association (FIFA), the Union of European Football Associations (UEFA), and The European Commission against Racism and Intolerance (ECRI)  were commendable efforts undeniably.

The English Premier League (EPL)’s ‘No Room for Racism’ and its daughter’s ‘Challenge it, report it and change it’ Campaign as well as Common Goal (a diverse coalition of leaders from the U.S. football industry and teams from across three different professional leagues)’s Anti-racist Collaborative Project with wide-ranging objectives aimed at tackling systemic racism and discrimination on- and of-the pitch in both football and the society impacted positively in the fight against the pandemic

The bigger question is: Did these efforts end racial discrimination or bring it to the minimum possible level. isn’t it obvious we need more and better strategic approaches to realize the objectives?

‘People of colour’ as they fondly addressed in sports experience harassment and discrimination from teammates, opponents, team staff, and spectators. Hearing racial slurs called out at them, whether in the locker room or from the stands or in their field of play, is regrettably not uncommon.

Even LeBron James, one of today’s most successful basketball players, was not abused racially but also had his home vandalized with racial slurs

Given the age of the fight against racism and discrimination in sports by international and regional policy-makers, sports governing bodies, and organizers across the globe, the online abuse of the English trio – Marcus Rashford, Jadon Sancho, and Bukayo Saka for missing their penalty kicks in the EURO 2020 finals against Italy, proves that imminent end to racism in sports is still a blur in a far distance.

Why racism and discrimination persists in the world of sports

1. Drastic terminating measures not in place yet

While the ‘Challenge it, report it and change it’ Campaign and Anti-racism Outreach features confidential text services and wide-reaching education and training respectively, anti-racism awareness campaigns haven’t been large, robust, and all-inclusive, and enough to achieve the expected results.

3. Lack of equal opportunity and access to sporting events

There has not been an equal opportunity in access to sport for all races – black and white, with a special emphasis on promoting access to the sport of children from different backgrounds. States’ responsibility to take measures in line with national legislation and their international obligations to give equal chance to eliminate all signs of discrimination and racism against any race hasn’t produced the desired results. There has even been a lack of racial representation at many different levels within the industry. It’s not enough for white people to just continue to say they support ‘people of colour’.

Ways to end racism in the sports world

1. Elimination and relegation for racial sports teams and life ban and prosecution for fan racists

It is highly recommendable to ban people who racially abuse others in sports from participating in any sports activities as both players and as a fan for life.

They should also be persecuted and made to serve a jail term as well as getting fined if found guilty no matter how short they may be.

While citing Article 3 of FIFA’s statutes that clearly stipulates that discrimination of any kind is “strictly prohibited and punishable by suspension and expulsion’’, sports policymakers recognized that fines alone cannot be effective punitive measures against racism and discrimination in sports.

Clubs and teams players must gear up to the challenge and enforce change at all costs. Erring teams should be relegated or eliminated from the competition and much heavier fines than obtainable previously imposed. The responsibilities of the sports clubs lie beyond the field and must recognize their ongoing work within the community to avoid any compromise.

Encouraging supporters to play their own roles in reporting must be motivational and should be followed by characteristic individual inducements or enticement and possible rewards.

The sporting clubs and the governments must raise funds to reward those who can challenge, report, and change racial abuses in sports it even if it warrants having a policy for the celebrities and sportsmen and women to support the funding. After all, many did and made contributions to support ad hoc workers at the peak of the COVID-19 pandemic health crisis.

3. Need to build a stronger coalition against racism in sport

The government and other stakeholders, and organizers in sporting events owe the upcoming younger athletes and their generations their efforts towards a better sports world, one in which racism, discrimination, oppression, hatred, and violence are truly unacceptable.

The importance of a robust racial education could still be part of realizing this objective – education against racism, education on respect and tolerance, and education on cultural diversity.

Equal opportunity in access to sport for all races – black and white, with a special emphasis on promoting access to the sport of children from different backgrounds must be enforced. States’ responsibility to take measures in line with national legislation and their international obligations to give equal chance to eliminate all signs of discrimination and racism against any race must be productive at all costs, otherwise, the efforts would be tantamount to pouring water on a stone..

This blog content on ‘4 best ways to end racism and discrimination in the world of sports’ is categorized under Information Education.

Our Information Education System is about creating and delivering impacting, and empowering problem-solving information and enhancing effective communication skills to our amiable readers for better livelihood – Eduonwheels.