How Will Brexit Affect Uk Students In Colleges And Higher Education? 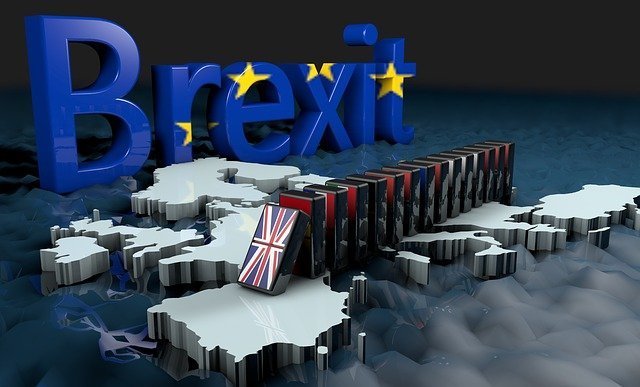 Image by DANIEL DIAZ from Pixabay

Though the British government has offered protection and guarantee to EU students for financial support and continuation in Erasmus Programme and other initiatives such as Horizon 2020 and Marie Curie scholarship until 31st December 2020, what does post-Brexit hold for UK students when non-UK EU nationals leave?

There are already significant shortages of teachers in schools, colleges in construction, engineering, maths and other areas. Relatively low salary and workload pressure in education tends to worsen the situation resulting in increased education staff turnover level as teachers are leaving for higher paying jobs in industries.

There is a risk that a new migration regime for EU workers might make this worse because people from other EU27 countries who might have come to the UK in the past will stop doing so in future. Home Office might be forced to apply some palliative measures to attract EU teachers which may include financial incentives.

In fact, the uncertainty surrounding Brexit has already resulted in a sharp fall of qualified EU teachers working in UK schools. A University and College Union (UCU) survey of over 1,000 lecturers and professors has suggested that up to three-quarters of continental EU academics in the country have said they are more likely to leave the UK following the vote to leave. As many as 29 per cent said they know some who have already left

Higher education may be an outlier because universities have a strong tradition of international partnership, income from multinational research projects and a tendency to employ their own graduates, an increasing number of whom come from the EU. The workforce in UK education has expanded in the last 10 years (at a time of higher EEA immigration to the UK).

There is an estimated 5% of non-UK EU staff in UK education (schools and colleges), according to the Office of National Statistics and 3525 qualified EU teachers working in UK as at January 2019 included fewer Spanish teachers (17%) and Polish teachers (33%). Higher education has more – 15%. reports about 125,000 EU students at UK universities. So, limiting migration rights of 7,000 EU workers out of estimated 189,000 work in UK colleges would have negative impact on the UK post-Brexit education.

UK STUDENTS MAY APPLY FOR STUDY VISA IN EU COUNTRIES

Brexit will likely change migration rights of UK students if freedom of movement ends on December 31, 2020.

The European Union (EU) Freedom of Movement Treaty that guarantees equal access to education and training of UK and EU students is under serious treat after Brexit because of UK government’s January 2019 Immigration and Social Security Co-ordination Bill repeal of free movement and places European Economic Area (EEA) nationals and their families under UK immigration control. If that happens, UK students would become international students enrolling for academic programmes in EU schools, colleges and universities.

Controlled migration policy that changes the migration status or limits right to freedom of movement for EU nationals, after Brexit, would probably exacerbate the already shortage of teachers in schools and colleges especially in STEM-related disciplines.

UK STUDENTS LIKELY TO ENJOY INCREASED FUNDING IN HE

Telegraph News in May 2016 estimated that 700,000 school children have one or more parents who are citizens of another EU country.  Student loan data reported that about 125,000 EU students at UK universities and £224 Million was paid in fee loans to EU students on full-time courses in England (3.7% of the total).  It is not surprising that three out of the five universities that recruited more than 1,000 EU students are in London. There are significant numbers of EU students in universities in major cities too.

Departure from the EU would give the UK Government more control over funding rules relating to students but it is quite plausible equal treatment for EU27 citizens may continue as part of a deal to secure access to research funds or to avoid barriers to trade in services.

It has been good news that the UK students will continue to enjoy European Social Funds (ESF) until 2020 – a skills enhancement and development programme to assist young people, job seekers and workers respond positively to economic changes. The ESF is Europe’s main instrument for supporting jobs for all EU citizens by investing in Europe’s human capital. If UK government keeps to its promise of establishing Shared Prosperity Fund to replace ESF with long term objectives and continued levels of funding after Brexit, then UK students may find jobs opportunities easy to come by after university graduation.

In the same stance, more than 200,000 British students have been directly funded from Erasmus+ funding programme in areas of EU mobility, training and placement. There has not been any commitment from the UK Government to remain in Erasmus+ beyond the current programme cycle as a non-EU programme country after Brexit. It would most likely be unwelcome to majority of UK students since they would have to meet with the conditions applicable to enrolling in UK Government guarantee programme if there is no-deal Brexit agreement on Erasmus+.

WILL THE UK GOVERNMENT BE WILLING TO GUARANTEE FREE ACADEMIC MOVEMENT AFTER BREXIT?

There is no UK scheme equivalent to Erasmus+, and any future internal scheme doubtfully may not warrant the same benefits with regard to culture, foreign language and work experience that Erasmus+ provides.

Any other successful exchange study programme that is to allow British universities to attract greater numbers of students and researchers from non-EU countries, which are in the forefront of technological and scientific research – an important factor for improving current educational system in UK, would likely hinge on guarantees of academic free academic movement and the relaxation of the current immigration quotas. Would the UK Government be willing to give in those areas? The answer to the question depends on the outcome of the agreed Brexit deal between UK and EU.

UK colleges savour cross-border service competition in education and training which has not been as favourable as they needed because of EU legislation. UK is bound by the legislation as an EU member. UK colleges have been committed to laws governing areas like state aids, public procurement against their desire.

UK college students would be happier if EU exit would make Home Office proffer reforms that would subject the educational system to less-regulation by a larger legislative body. The education regulation bothers on EU recognition on system of qualifications and awards, funding approach, national education system among others.