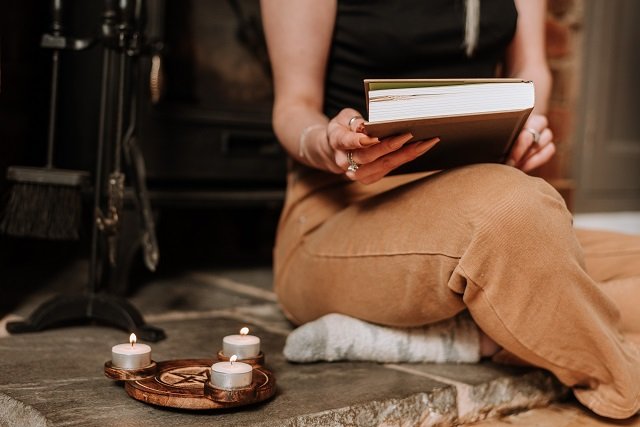 Contents hide
1 Man gives sister their father’s life-like wax status as a surprising wedding day gift
2 Woman said she got pregnant for a lover doll of a husband and delivered a doll child
3 Watch viral video: Woman offers water to thirsty squirrel interests the Internet users
4 An OnlyFans model says she is pregnant with her ex-student and she is having the baby
5 954 perform traditional folk dance in largest ever folk dance to be performed by a group
6 Man breaks a record walking 3.4 miles while balancing a guitar on his chin
7 Family’s life threatened by mysterious dive-bombing “psycho” seagulls carry brooms for protection
8 A brave villager overpowers a massive 14ft crocodile with just a rope

The Indian, Phani Kumar, decided to give her sister Sai Vaishnavi, their father’s made-of-wax status as a unique wedding gift commemoration for their deceased father who died last year due to the coronavirus infection.

The man’s sister, a bride in Hyderabad was overwhelmed with emotions after seeing a life-like wax statue of her father, who died last year, on her wedding day. The statue was a surprise gift from the bride’s brother Phani Kumar became the center of attraction at the wedding,

Phani Kumar wanted his father Avula Subramanayam to be present at the wedding but was missed.

A video posted by Mr. Kumar on YouTube shows the moment the bride Sai Vaishnavi and her mother Jayashree Subramanayam saw Mr. Subramanyam’s wax statue. Both the women were initially surprised but later burst into tears.

Ms. Vaishnavi was seen hugging and kissing her father’s statue. Other relatives present at the venue of the June 9 wedding also hugged it and got emotional, the video further showed.

In an unusual story of today, a woman has said that she got pregnant with a rag doll she loves who is her husband and she had a doll child for him.

In presumable one of the weirdest news of the week, captioned’’ I was loveless before I ‘married’ a rag doll — and now we have a ‘baby’ – A Brazil woman found a man who was made for her.’’ was reported by New York Post.

According to Jam Press, the rag doll, named Marcelo, was made by the woman’s mother as her daughter’s companion when she complained of loneliness.

The 37-year-old Brazilian woman identified as Meirivone Rocha Moraes, had earlier complained to her mum about the loneliness of being single and the stress of not having a dance partner a forró dancer.

The two got “married” after Moraes discovered she was “pregnant” with the couple’s first child after being together for several months.

She told NeedToKnow, “It’s true, Marcelo got me pregnant. He didn’t take care of himself, and he didn’t use a condom,” she claimed. “He got me pregnant. I took the test — it was positive. I couldn’t believe it.” Not wanting to have a “baby” out of wedlock, the couple decided to make things official and got “married,” according to Jam Press.

In their beautiful and enjoyable wedding night, the couple welcomed 250 guests at their wedding and then snuck off to a beach house in Rio de Janeiro for a weeklong honeymoon.

After the honeymoon, the couple welcomed their doll-child Marcelinho on May 21 – the birth of which was live-streamed to an audience of 200 people in the attendance of a doctor and a nurse at their home.

Moraes and her doll-child Marcelinho on May 21 – the birth of which was live-streamed to an audience of 200 people in the attendance of a doctor and a nurse at their home. Photo credit: New York Post

“I didn’t feel the contractions in pain,” she claimed. “Seeing the placenta and the umbilical cord and the blood made it all real. He was here in 35 minutes, and he is great.”

Moraes said she and her family are extremely happy together despite the stress of her being the only breadwinner in the house. “He has so many great qualities, but the only downside is he’s lazy. He doesn’t work at all. But I am a warrior, and I keep it going for us,” she told Jam Press.

Moraes is working hard to provide for her family and hates when people tell her that her family is fake.

The viral video of a woman offering water to a thirsty squirrel to another bizarre news interesting the internet users and has overwhelmed them as well.

The weird news has been reported by the media NDTV.com with the headline,’’ Video: Woman Offers Water To Thirsty Squirrel, Internet Overwhelmed.

A video showing such a gesture is winning hearts on the internet. The video shows a woman helping a thirsty squirrel drinking water from a bottle.

It has been shared by Buitengebieden on Twitter with the caption, “Stay hydrated.”

With over 2.5 million views and more than one lakh on Twitter, the video has received numerous beautiful remarks in the comment section. Many users also shared videos of their pets. More than 10,000 users have re-tweeted the post so far.

Extreme temperatures are impacting both humans and animals and many of us try to help animals during heatwaves by keeping a bowl of water outside our houses or on rooftops, as a result.

Coincidentally, an OnlyFans star says she is pregnant for her ex-student and she is having the baby

This weird and unusual news that is wowing many internet users is reported by New York Post as tilted,’’ This wasn’t in the lesson plan – Teacher-turned-OnlyFans star pregnant by student, is keeping the baby

Amy Kupps, a history teacher-turned-OnlyFans star has revealed she’s pregnant with a former student’s baby following a drunken one-night stance and has shared photos of her burgeoning baby.

Amy Kupps, who is expecting the baby in the fall as she wouldn’t abort it being a devout member of a Catholic Church, shared on NeedToKnow.online. that she would be a great mother to the child even if her fans regard her actions as crazy.

She eloped with the younger ex-student at a nightclub with friends and went home together and it was in the morning she enjoyed her “wild drunken night” when the man referred to her as “Miss Kupps,” that she realized who he was. She discovered she was pregnant just some weeks later.

Kupps — who is already a mom to a son, 8, and a daughter, 10 — told NeedToKnow.online that the former student was “scared” when she told him she was keeping the baby and both been content to go our separate ways as she is financially stable to care for the baby on her own.

Interestingly, a Guinness World Record was broken in Mexico by the gathering of 954 dancers who performed a traditional folk dance.

The dancers, in their traditional attire, gathered in the center of Morelia, Michoacan, and performed a traditional folk dance to a live version of son calentano song “Juan Colorado.”

The 954, the number of dancers to perform in Mexican traditional folk dance, broke a Guinness World Record for a record number of largest Mexican folk dance. The previous record, 882 dancers, was set in the neighboring state of Jalisco in August 2019.

Last Sunday’s record attempt was organized by the Artisanal, Touristic, Cultural, and Agro-Industrial Group of Beautiful Michoacan with support from the Morelia municipal government.

Man breaks a record walking 3.4 miles while balancing a guitar on his chin

In this weird news, we recount how a man broke a Guinness World Record by walking 3.4 miles while balancing a guitar on his chin.

This is reported in unusual news, captioned ‘Man broke a Guinness World Record by walking 3.4 miles balancing a guitar on his chin’’ according to UPI News.

A record-breaking David Rush from Idaho, US who has broken nearly 250 Guinness World Records to promote STEM education, said it took him 1 hour and 7 minutes to break the record for greatest distance traveled while balancing a guitar on the chin.

Rush said he has to “fight a light breeze” during his walk, and afterward, he found himself so dizzy and sore he had to lie down on the ground for a time to recover.

In this bizarre news, we recount the ordeal of a family whose life is being made a misery by dive-bombing “psycho” seagulls which forces them to carry brooms for protection

In the mysterious report with the heading ‘’ DIVE BOMBED: Our life is being made a misery by psycho seagulls – we have to carry brooms for protection’’, according to Sun News, UK.

The family says their lives have been made hell by “psycho” seagulls which dive-bomb them in “coordinated attacks”.

The couple, Dave Baker, 43, and his wife Nicki, 41 said they have to be armed with a broom or garden parasol when they go outside to swat away the monster birds the seagulls, who have made their nests on the roof of their house, bang to the roof of the house.

The birds are often lying in wait and are described by Nicki as dangerous. Nicki further told the Daily Post that has to phone ahead and ask their daughter Katrina, 10, to fetch the garden parasol in order for her to make it home safely.

“It’s very stressful for us as a family. On school days, Dave has to go outside first and open the car door so that Katrina can dash outside without being attacked.”

Even the postman has been attacked, and the gulls have also gone for the family pet dog, Jessie, a fully-grown Staffie x Collie, who is afraid of them.

The news in video captioned ‘’ A fearless villager tames a massive 14ft crocodile with nothing but a rope – and wins’’, according to the UK Time News report, in attracting many views online.

An Indonesian villager, named Usman, has become a village hero after capturing a massive 14 ft crocodile using no other weapon but his bare hands and a rope.

The fearless Usman said he had been roaming the area for at least two days, scaring the residents of Ambau Indah village of Buton, an island in the southeast of the Sulawesi peninsula, Indonesia, preventing the farmers from working safely in the rice fields

The giant reptile can be seen in a video being secured around the jaws by the brave Usman, who is now hailed as a hero in his village

Umar Siddiq Al Farizi said, ‘’ What Usman did is appreciated by the community. Some even consider it a heroic act because he saved many people who could have become victims,”