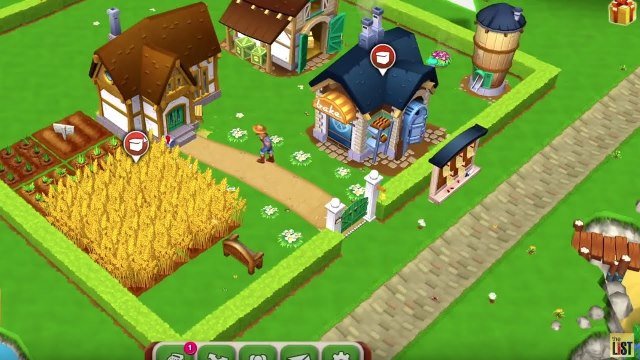 You can still get the best of entertainment by diving into the world of games with both free and paid versions to encapsulate your 2020. Your scope has even become wider ranging from military to sci-fi to fantasy, from MMOs to block-builders to card battlers, but we have painstakingly narrowed the apparently expanded list to just 15 – the 15 best free and paid online games that you can play with friends that will thrill your moment before 2021 knocks on your door.

Some free games are as much fun as some paid games, sometimes they are more exciting.  Our list of created best online games will be worth considering given from a range of supportive platforms on PC, Android, iOS, Steam Community, Nintendo Switch, Xbox, and more, including mobile-friendly and ones installable as apps on Android, iOS, and PC-enabled devices requiring no downloads.

Game players know quite well that beneficially best online games will not just exercise their brains and enhance their quicker tapping into subconscious being but eliminate boredom as they play with friends and family members.

1. Among Us – free and paid game of space adventure 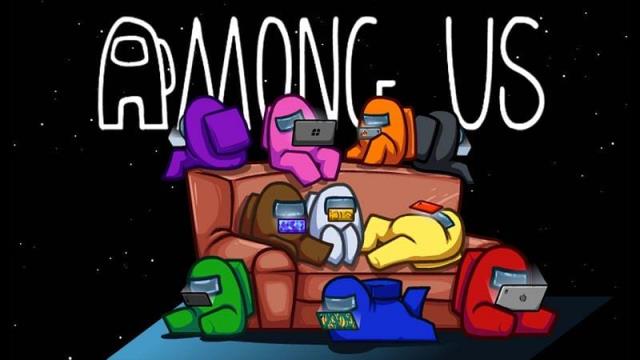 Among Us. Image credit: sportskeeda

Among Us is a free and paid game that can be played with 4 to 10 friends in the intermix of collaboration and betrayal during a space adventure.  The team players battle to undo the disloyalty of an alien impostor among them on board as they work together to return the spaceship back to the civilization era while eliminating the rest of the crew before the ship reaches home.

Among Us, as a captivating online game, is one of the best multiplayer one games that is exciting many Indians at present that can be played with friends on varying gaming platforms – PC, Android, iOS mobile, and others 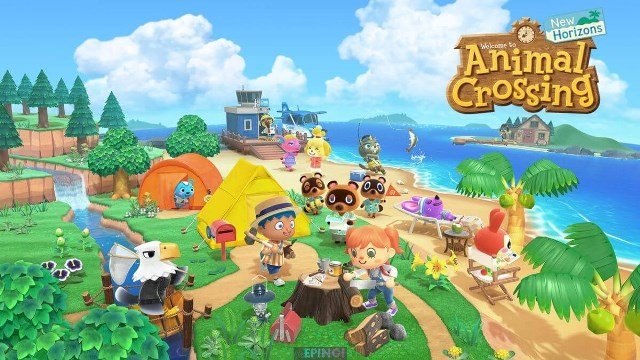 Animal Crossing – New Horizons has kept expectation and delight alive in the gaming world with a healthy, beguiling life about getting butterflies, exchanging turnips, and improving your home.

Animal Crossing – New Horizons is Nintendo Switch’s most recent popular delivery of animal life simulation. Despite the fact that it costs approximately $60 with a seven-day free trial of Nintendo Switch from the video game creator, it remains one of the best online games to play with friends or alone.

While part of the exciting feature of Animal Crossing is when it is played with a maximum of eight friends, it is only compatible on Nintendo Switch or Android or iOS devices but not on PC

3. Apex Legends – one of the best multiplayer Battle Royal Games 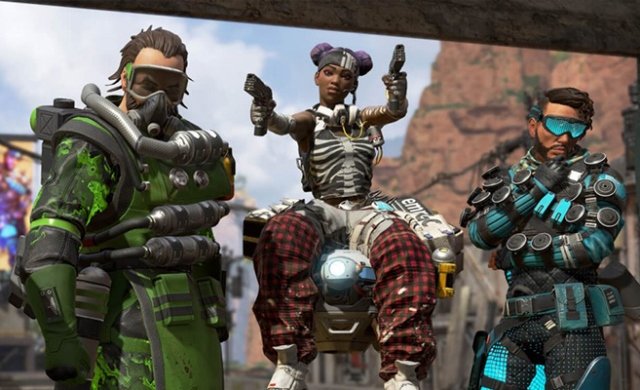 Depending on the number of team players, Apex Legends – a likely emergence in the list of the best online games for PC to play with friends, adds a list of thrilling characters that permeate each round with a new tactical approach.

Of a development likened to the intriguing ‘Titanfall’, Apex Legend makes it easy to communicate with team members by including spontaneous background pings in its features.

Apex Legend introduces the ability to re-spawn teammates who are struck down during the gameplay, ensuring you have the opportunity to can blame your squad at least twice through the gameplay. It as a genre-stirrer and last-man-standing game, 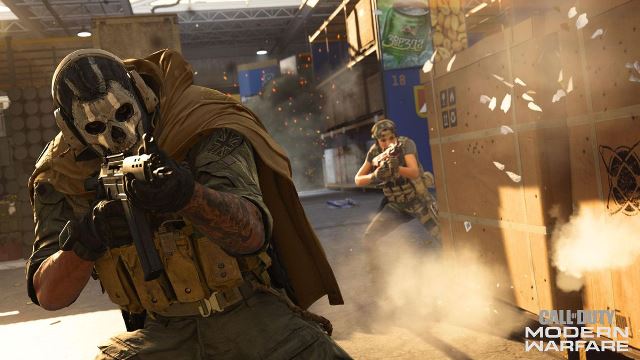 Call of Duty – Warfare was a top emergence in 2019 to the series with 100 players. This one of the best online games for PC is more in line with Hawken. Hawken is a game about fast mechs.

Call of Duty Mobile  Call of Duty Mobile is a popular mobile version of Call of Duty and one of the best online games on mobile. It features a first-person shooter mode and readily available on both iOS and Android mobile phones. With the app installed on your mobile device, no download is further needed to embark on your games play journey into 2021.

5. Cards Against Humanity – a UNO-likened classic but awkward party game 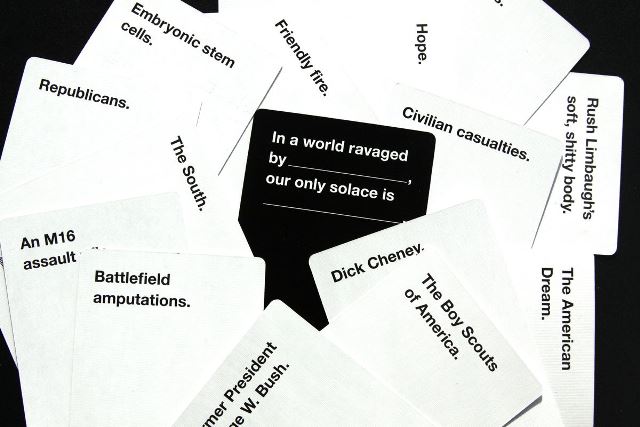 Cards Against Humanity is a despicable online party game, which can be played on PC or Android mobile, makes people feel awkward providing answers to questions deemed offensive and rude.

Cards Against Humanity is one of the best online party games you can play with your friends for free. It is a light-hearted classical game and can brighten a player’s mood. Cards Against Humanity, which can accommodate up to six players,  is likened to UNO when played online.

6. Dota 2 – one of the titans of the Multiplayer Online Battle Arena video game genre 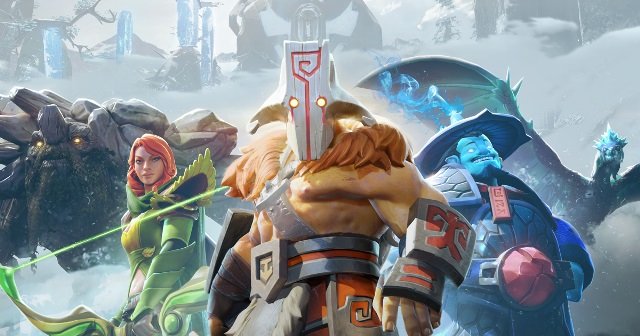 Dota 2 is one of the titans of the Multiplayer Online Battle Arena (MOBA) video game genre and may have evolved from a WarCraft 3 mode that maintains complex gameplay mechanics but holds its own as one of the best free games of 2020.

Obviously one of the first online games with elements of sports, it is one of the most played games on Steam Community, drawing in hundreds of thousands of players every day. It holds its own as one of the best free games of 2020.

Dota 2 stands as one of the best online games you can play with your friends on PC for free. 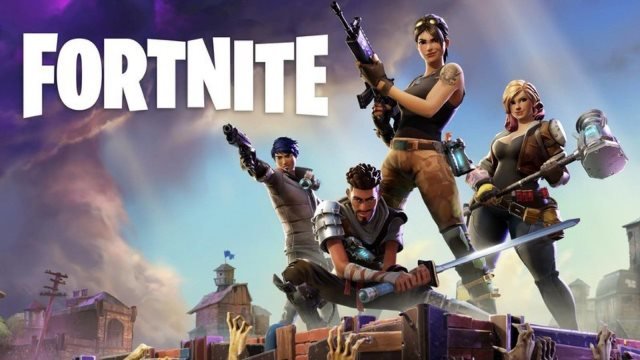 Fortnite, undoubtedly the biggest EPIC Battle Royal Game since League of Legends with over 250 million players have played the online game and still counting, emerged as one of the best games to play for free in 2020.

Aside from being one of the best online games for free to play even on PC and iOSand Android mobile devices, this cartoony last-man-standing game with the ever-evolving basis for weekly updates, seasonal changes, and a plethora of genre-defining new ideas, wiped the floor with its stiff competition.

Fortnite Battle Pass System offer enterprising gaming challenge for each gameplay as it rewards the most devout players with heaps of rewards. 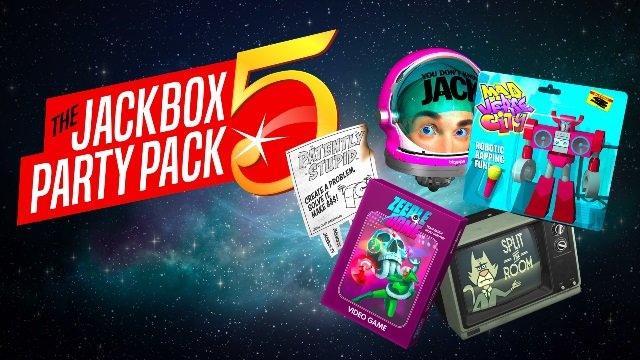 This one of the top 10 online games has a Jackbox bandwagon features favourite popular culture trivia game “You Don’t Know Jack (a game played with friends). Other featured games are and a drawing game called “Patently Stupid’’, “the comical fantasy situation game “Split the Room,” and a lyric-writing rap battle.

Jackbox Games, whose Party Pack 5 costs $19.49 provides detailed instructions on how its games can be downloaded and played on a whole lot of platforms and devices like PC, Xbox, Steam, Mac, Steam, iOS and Android mobile, and more.

9. League of Legends – a more accessible than Dota 2 online game 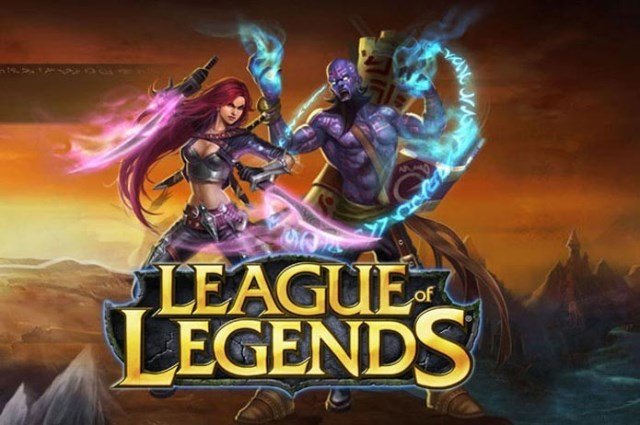 Though it introduces a completely different list of game players who continuously grow in number, League of Legends takes the same five versus five (5v5) base battle game concept.

Many game players find League of Legends easier and more accessible than Dota, despite that it gets its inspiration originally from Dota 2, but it is still extremely varied.

League of Legends has one of the highest skill ceilings in gaming, and the best players are considered tactical prodigies.

Not just is this trailblazer played by over 100 million people monthly one of the best online games in 2020, it is also one of the best free to play with friends on PC whose the thrilling experience expected to last even beyond 2021.

10. Mario Kart Tour – 64, and 8 Deluxe – classic Nintendo with an enhanced edition of the Wii U racing game 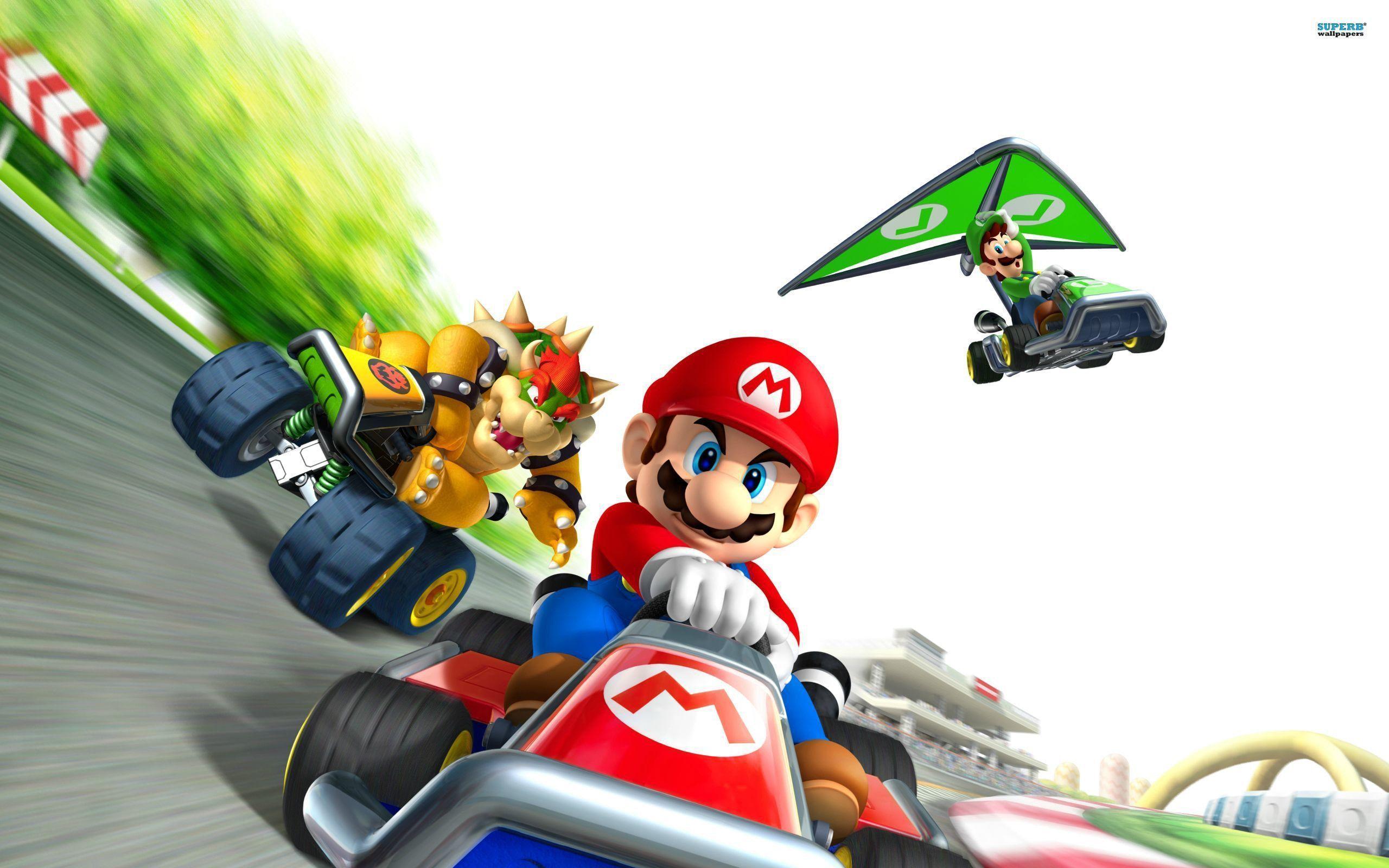 Mario Kart Tour classic Nintendo version doesn’t just put you in an ecstatic kart racing but raises the gameplay stakes high enough to put the gamer face-to-face with courses to take underwater and even do hang-gliding.

Mario Kart 8 Deluxe, an enhanced edition of the Wii U racing game, is certainly the best online Mario Kart game to date.

Not only is Mario Kart iOS and Android mobile-friendly, but the online game variant is also free-to-play with friends yearningly and competitively, connecting with up to eleven friends or internet randoms. You can play the Grand Prix, VS Race, and Battle modes over Wi-Fi. 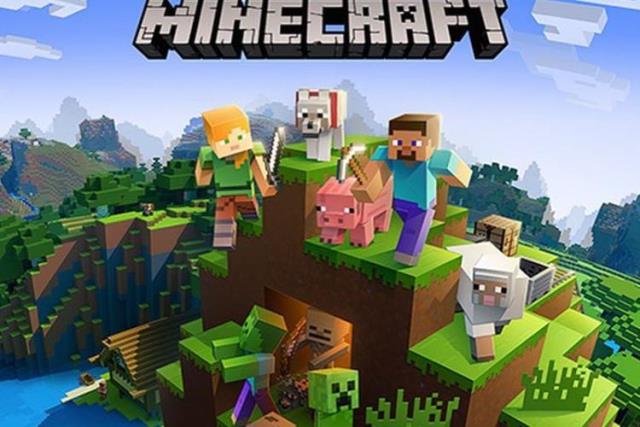 Minecraft is a recent renaissance that continues to grow with every new generation of game players. It is an online game that can be played with friends (up to eight friends). The game players try to build on imaginary scenery in creative mode or discover their lifespan in survival mode.

This one of the best online games that is designed for all ages was described as “the ultimate collaboration” Minecraft can be played on a host of platforms – Xbox One, PC, Switch, PS4, and Android and iOS mobile for $20. It is also available for free on Xbox Game Pass. 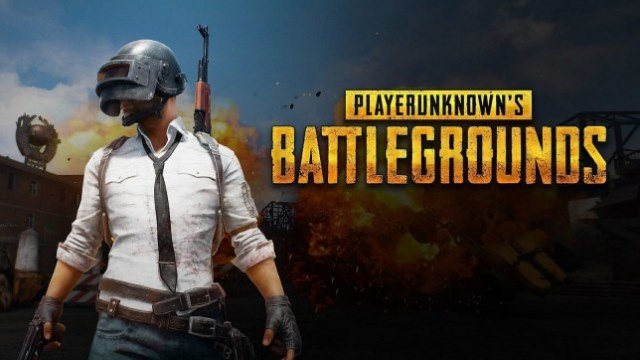 Player Unknown’s Battlegrounds (PUBG) kicked-off the Battle Royale trend, with some popular and most foundational rules such as large map, the shrinking safe zone

While other Battle Royale games have gone for a cartoonish aesthetic, PUBG that can be downloaded online remains grounded in realism.

Player Unknown’s Battlegrounds (PUBG) can be played on a variety of formats: PC, Xbox One, Steam, PS4, iOS, Android devices. 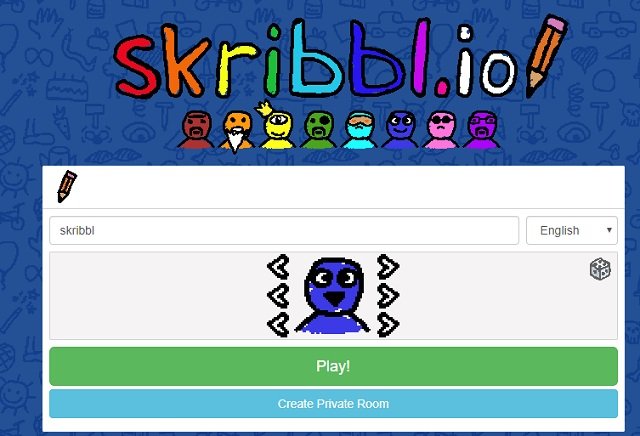 Skribbl is one of the topmost online games to play with friends (up to 12 friends) for free in your private game room. Each player gets a word and then attempts to draw their chosen word on the digital canvas and the other player friends try to guess his drawing just like traditional Pictionary.

Skribbl which works best with a tablet and stylus is Android mobile friendly.

UNO is one of the best classic online party games played with friends that keep the gameplayer relaxed, cheerful, and surely brightens up his mood with a few good laughs.

Just like Cards Against Humanity, UNO, a typical American shedding-genre card game can be played on PC or Android mobile online. 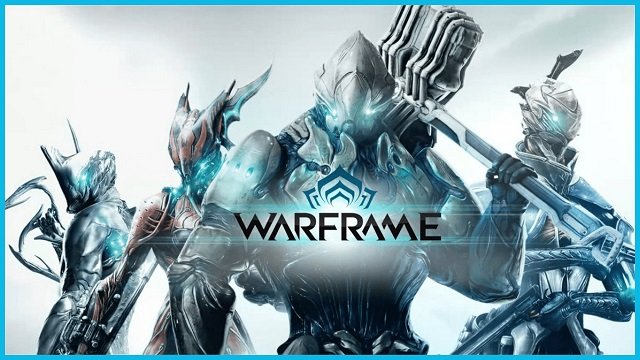 With the hope that it will remain creatively independent, the Warframe game is frequently compared to Destiny. Warframe is one of the available best free online games for fans of third-person co-op shooters. It is PC friendly and be played with friends too (can accommodate up to 4 players)

It blends some Massively Multiplayer Online (MMO) gaming elements with the sensibilities of a more straightforward, slick, exciting, and very sociable action in space though hundreds of hours can be used into perfecting Warframe builds 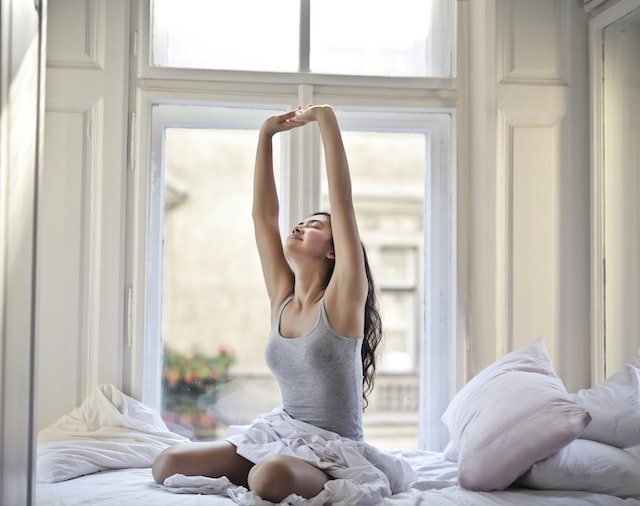