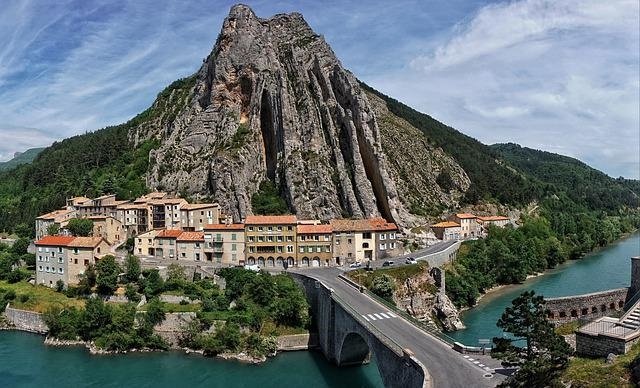 Contents hide
1 Top 13 unbelievable, strange, weird, scary, and interesting real stories and news of 12th July 2022 – Videos and Photos
2 Man with an impressive memory breaks world record for memorizing deck of cards underwater
3 A man loses phone while taking selfie from the top of 4,000-foot-high volcanic Mountain Vesuvius, and falls into crater while trying to retrieve it
4 Brit tourist, 22, ‘raped by wealthy American in toilet of Greek island hotel’
5 Nature Center of a College closed after sightings of alligators in the surrounding river
6 State serves residents beer passing down knowledge and awareness about hurricane season in the emergency preparedness move
7 A lottery club wins $1.85 million jackpot after trying for 20 years
8 Man collects 9,364 mementos in 28 seasons of the Power Rangers show to win world’s record after receiving a childhood gift as a 10-year-old boy in 1993
9 A former employee says she still have ‘nightmares’ about the serving years after serving a high school-aged girl ‘monstrous’ sandwich
10 Teenage boy begs for his life his life in a TikTok video calling feared Mexican drug lord abusive names

Image by Volker Glätsch from Pixabay

Hello amiable reader and viewers, welcome to our Eduonwheels blog this Wednesday, July 13, 2022, where we’ll bring you all the latest reports on weird, unbelievable, strange, bizarre, odd, scary, unusual, funny, and interesting news and stories and news on as things and happening around the world in the most exciting way.

As is always the expected case, in our latest weird news blog, the daily updates in posts would follow below in the collection of the most recent of the weirdest news for this day, Wednesday, July 13, 2022, reported below in no particular order.

A man with an impressive memory broke a Guinness World Record in Florida by memorizing the order of a deck of cards underwater and sorting a second deck into the same order.

Recall master Nelson Dellis memorized the order of the shuffled deck of playing cards while underwater in Miami and then emerged from the water and reorganized the second deck of cards into the same order.

Dellis finished with a time of 2 minutes and 22.53 seconds, earning him the Guinness World Records title for fastest time to arrange a deck of playing cards memorized underwater.

The previous record of 3 minutes and 42.5 seconds was set by Sanchit Sharma of India in 2019.

Read more about the caption: ‘’ Man earns world record for memorizing a deck of cards underwater’’ on upi.com

A man loses phone while taking selfie from the top of 4,000-foot-high volcanic Mountain Vesuvius, and falls into crater while trying to retrieve it

In a piece of unfortunate weird news, an American tourist lost his phone while taking a selfie from the top of 4,000-foot-high volcanic Mountain Vesuvius, and fell into a crater while trying to retrieve it.

In the news report with the headline: ‘’Selfie-Taking Tourist Loses Phone On Top Of Mount Vesuvius, Falls Into Crater While Retrieving It’’, according to ndtv.com, An American tourist named Philip Carroll survived a fall into the crater of Mount Vesuvius, Italy’s famed volcano, as he scrambled to retrieve his phone,

The Washington Post said in a report. The incident took place on Saturday when the 23-year-old was hiking on the volcano with his family, the outlet further said. The family had taken a forbidden trail, Naples Police told local media.

The Post said when the man and his family reached the top of the 4,000-foot-high volcano, they decided to celebrate the occasion by clicking a selfie. While clicking the selfie, the phone slipped out of his hand and fell into a crater.

He then descended into the crater in an attempt to get his phone back, but fell several meters after losing balance, The Guardian said in its report.

The woman, who can’t be named for legal reasons, told Greek police she was raped by a 30-year-old American who usually lives in an upmarket suburb of New York in her hotel room toilet

A British tourist has been raped by a wealthy American holidaymaker on the popular Greek holiday island of Mykonos, it is reported.

The woman, who can’t be named for legal reasons but lives in Preston, Lancashire, told cops the man was 30 years old and told her he usually lives in one of New York’s upmarket suburbs.

She told police the pair met on Saturday in a shop on the island before he took her to the toilet of the hotel she was staying where he carried out the horrific attack.

The victim – who was on holiday with friends – took him back to her room but told him she was not in the mood for sex, according to local media reports.

The man then overpowered her and had sex with her against her will, she told police.

Read more on mirror.co.uk under the caption: ‘’ British tourist allegedly raped by a wealthy American tourist in her hotel toilet on the popular Greek holiday island of Mykonos

A file photo of an alligator. Albion College closed a nature center on its campus after two alligators’ sightings in the Kalamazoo River over the weekend. Picture credit: huffpost.com

Albion College in Michigan snapped to it and closed a nature center on its campus after two separate gator sightings in the Kalamazoo River last weekend, Midland Daily News reported.

The Kalamazoo River cuts through the Whitehouse Nature Center’s 140 acres.

According to the college, there were two independent sightings of a 4- to 5-foot alligator. In response, the college posted a warning on Facebook, asking people to stay away from the nature center and be aware of bodies of water.

For one state, passing down knowledge and awareness about hurricane season is as easy as combining refreshment and enlightenment, in this interestingly unusual news.

In South Carolina, the Dorchester County Emergency Management Department searched for a way to spread the word about the Atlantic hurricane season and how people can stay prepared during potential storms, something beyond the typical public service announcement.

“I was thinking of interesting ways to get the message out there that’s never been done before … maybe get adults interested in it,” Dorchester County Emergency Management Preparedness and Recovery Specialist David Amann said.

After some discussion, Amann proposed the idea to partner with a brewery Tradesman Brewing Company in Charleston, for a hurricane seasonal beer, which could print crucial evacuation preparedness messaging on the “Know Your Zone” cans of newly-crafted brew.

Each can of “Know Your Zone” features a QR code that residents can scan using their phones. The QR code leads to South Carolina’s new emergency preparedness website, just in time for hurricane season and the website  – a one-stop shop for that hurricane preparedness information right on the can, easily accessible by your phone on how to create an emergency kit, how to create a family emergency plan, how to find your hurricane evacuation zone, among others.

A lottery club wins $1.85 million jackpot after trying for 20 years

A lottery club in Michigan won a $1.85 million lottery jackpot after 20 years of pooling together to buy lottery tickets.

The five anonymous winners, who dubbed themselves the Lunch Bunch Crew, bought the winning Lotto 47 ticket at Tom’s Market in Ortonville, according to Michigan Lottery Connect.

Members of the group, who take turns buying a ticket each week, didn’t realize they won.

The Lunch Bunch Crew elected to take their prize in a lump-sum payment of about $1.2 million.

“We are still in shock,” a club member said. “Winning is life-changing for all of us.”

Man collects 9,364 mementos in 28 seasons of the Power Rangers show to win world’s record after receiving a childhood gift as a 10-year-old boy in 1993

A gift to a 10-year-old boy in 1993 became the seed that grew into the largest collection of Power Rangers memorabilia in the world.

The collection began when Nilsen’s uncle bought him a Megazord figure from Mighty Morphin Power Rangers Season 1 for his 10th birthday that year and his introduction to a deluxe Megazord toy five months later inspired him to keep looking at what other Power Rangers toys were available.

A former Sunway employee has gone viral after sharing a customer’s sandwich order that they claim to still think about it regularly as it ‘haunts their nightmares’.

One person, who claims that they used to work in Subway in their early 20s, has shared their weirdest, most memorable and wonderful order , which ended up being “questionable”.

The tale about a “ranch sandwich” was recently shared on Twitter by a user named @pb_and_garlic, who is thought to be from the US – and the thread quickly went viral – an unforgettable one that haunts my nightmares.

More than 142,000 people have since liked the initial tweet, with thousands retweeting and replying to share their thoughts.

Read more about the bizarre ‘ranch sandwich’ under the headline: ‘’ Former Subway employee shares ‘monstrosity’ sandwich order that ‘haunts their nightmares’ ‘’ on dailyrecord.co.uk

A young lad who insulted Mexico’s most deadly drug cartel boss in a TikTok video was been forced to issue an apology.

The account that made the offensive post towards ‘El Mencho’, currently the second most wanted man in Mexico, has since been made private.

The lad – who appears to be in his teens – levelled several insults against Nemesio ‘El Mencho’ Cervantes, leader of the Jalisco New Generation Cartel (CJNG).

Although they are considered by most to be the second most powerful cartel in Mexico (outgunned by the Sinaloa Cartel) the CJNG is considered the most dangerous.

Read more about the odd news report under the headline: ‘’ Teen ‘begs for his life’ after insulting Mexico’s ‘most dangerous cartel boss’ on TikTok ‘’ on dailyrecord.co.uk