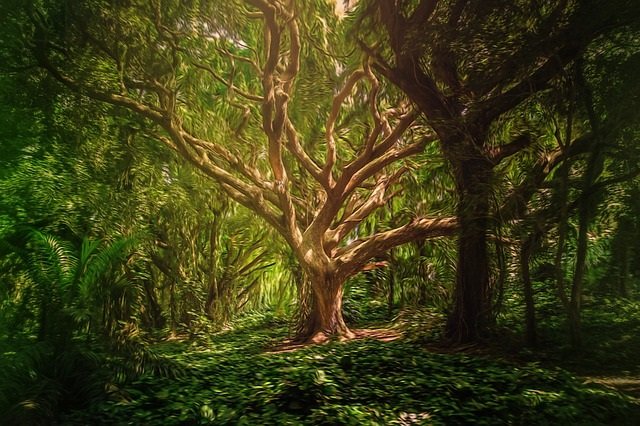 Image by Darkmoon_Art from Pixabay

Hello amiable reader and viewers, welcome to our Eduonwheels blog this Thursday, July 14, 2022, where we’ll bring you all the latest reports on weird, unbelievable, strange, bizarre, odd, scary, unusual, funny, and interesting news and stories and news on as things and happening around the world in the most exciting way.

As is always the expected case, in our latest weird news blog, the daily updates in posts would follow below in the collection of the most recent of the weirdest news for this day, Thursday, July 14, 2022, reported below in no particular order.

Infamous British drugs baron ‘Cocky’ Warren could land himself a mega-payout by selling the rights to his story when he gets out of prison later this year, a pal has claimed. And pals say Warren, from Liverpool, is ready to tell all when he walks free in November.

Streaming services and movie bosses are ready to pay “millions” for the rights and the 59-year-old drug baron has already been besieged with offers.

Once freed, Warren will be under close scrutiny at the highest level, and will not be allowed assets worth over £1,000, despite allegedly having £198million squirreled away, and will face other curbs on his lifestyle under a serious crime prevention order.

Fishermen found the deepwater creature, also known as ‘king of the Herrings’, and took it back to the shore where curious residents flocked but some worried it might be a sign of impending doom

A group of fishermen has brought home an incredible 16ft sea creature, leaving residents filled with conspiracy theories of a “bad omen”.

The colossal-sized Oarfish was caught by fishermen off the coast of Chile and civilians living in the city of Arica flocked to the pier while they hoisted the silvery fish up from the sea.

Footage shared on TikTok shows the long, bony fish being hooked on the head as the workers transfer it to the land.

The fish, also known as ‘King of the Herrings’, measures more than five metres long (16ft).

The rare deep-water fish has become a folk legend for its supposed future-telling powers, especially after 2011 when dozens of the creatures were spotted in Japan before the deadly Fukushima earthquake.

The video has racked up 10 million likes but also raised concerns from the locals who were fearful of an earthquake.

Three men have been beheaded by hitmen in a gruesome video that has gone viral on social media from the Jalisco New Generation Cartel, considered by most to be Mexico’s most dangerous drugs gang.

Hitmen from Mexico’s most dangerous drug cartel have appeared in a shocking ISIS-style clip, beheading three rivals just days after they made a plea for violence to stop.

Although they are renowned for their propensity towards extreme violence, the CJNG recently pleaded with their rivals for killings to be brought under control following a spree of innocent people meeting grisly ends.

Read more of the news report on dailystar.co.uk under the weird caption: ‘’ Mexico’s ‘most dangerous cartel’ behead 3 men in a bizarre dreadful ISIS-style video clip after ‘no violence’ plea ‘’

Renee Parson, from Kentucky, says she went numb and was hospitalized after picking up a single note of cash, believed to be covered in drugs, found in a McDonald’s restaurant

Having stopped to use the restroom at the restaurant with her husband, Justin, and children, Renee said she saw the dollar bill on the ground while she waited for her husband with her three-month-old baby.

Renee explained on Facebook that she didn’t give picking up the note a second thought, just as her husband came out of the toilet. then handed him the baby and ran to the bathroom.

Read more of the news report on dailystar.co.uk under the unusual caption: ‘’ Strange as a woman almost dies after picking up a single note of cash from the ground ‘’

The man tackled five people and put up a fight on the street in a wild brawl as the crowd watched the group throwing kicks and punches, two men were knocked out by a single punch

A man has won a round of applause after knocking out two revellers in one punch while challenging three others in a strange a street brawl.

The scene was filmed by passersby on the 6th Street in the city of Austin, Texas on July 3 and later shared onto a YouTube account TX Street Fights.

The group got into a heated exchange when a man in blue top and red cap pointed at a group of five young men and challenged to fight against them.

Read more of the bizarre street fight under the caption: ” A man has won a round of applause after knocking out two revellers in one punch while challenging three others on a street brawl ” on Daily Star

In this weird news post, Kay, a Tiktok influencer, claims her vaginal discharge is ‘acidic’ enough to dye her pants and hair

A woman has gone viral after admitting that she dyes her hair with vaginal discharge – and people certainly have a lot to say.

At the start of this week, we introduced you to ‘vabbing’. The trend that sees single women using their vaginal discharge as some sort of personalised ‘perfume’ to attract men with their pheromones.

And, one influencer has claimed vabbing works as she secured herself a date at the gym.

Then moving away from vabbing, a woman has put her vaginal discharge to other uses.

Kay first went viral on TikTok after she claimed that her ‘acidic’ discharge bleached the period stain out of her underwear.

In the separate clip that’s racked up a huge eight million views, Kay snapped off a lock of hair and placed it in a see-through zip lock bag, along with her discharge. Fast forwarded to a week later, and Kay was ready to reveal the results of the ‘homemade’ hair dye.

In a weird post, three lions attempted to cross a river at the Selinda Reserve spillway in Botswana when they were intercepted by an angry hippo. The Great Plains Conservation shared the video of the incident on YouTube and called it an “unforgettable moment”.

The clip showed three lions crossing the river with a fourth lion hanging back on the bank, apparently waiting to see it if was safe to cross. A giant hippo is then seen immediately charging the trio and attacking one of them in the water in an apparent show of strength and territorial dominance.

The video has surfaced on several social media platforms and left internet users amazed. On Reddit, the clip has racked up more than 58,000 upvotes and nearly 3,000 comments.

Remarkably, the hippopotamus is the world’s deadliest large land mammal, according to BBC. It kills an estimated 500 people per year in Africa.

When their Lufthansa flight landed, the four-year-old black cat escaped her cage, in pursuit of some birds. Her family sent airport staff her favourite treats to help lure her out of hiding and even recorded voice notes for them to play, in this bizarre news post.

The four-year-old stubborn pet has been dodging airport staff, airline employees and animal experts at Boston’s Logan International Airport since escaping from his cage in pursuit of some birds.

“Whether out of fatigue or hunger we’ll never know, but this morning she finally let herself be caught,” an airport spokeswoman said.

The black green-eyed cat was given a health check and is now set to return to her family.

Read more of the strangely hiding cat in an airport on new.sky.com under the caption: ‘’ After three weeks on the run in an airport, Rowdy the cat is captured ‘’

In this weird news post, a woman, Nadya Okamoto decided to rock a bra and knickers at a festival – with her sanitary towel on show. The business woman has set out to normalise menstruating and is not shy about hiding her time of the month

When most women are on their periods, comfy clothes and pants are often a go to which can help aid any discomfort. However, for Nadya Okamoto this was certainly not the case.

Having come on her period at a festival, the author and sustainable period care product owner did not want to leave her flamboyant gear hanging up in the wardrobe.

Not only did Nadya switch out some comfies for a pair of pink knickers and a bra made from sanitary towel wrappers, she didn’t even try to hide that it was her time of the month.

Nadya has now gone viral on TikTok for a series of videos that showed her dancing to the music at Electric Forest festival.

Read more on dailystar.co.uk under the headline: ” ‘I went to a festival with my sanitary towel on show – periods are normal’ ”

Arkansas firefighters saved a kitten who was trapped in an ATM earlier this month.

the Fort Smith Fire Department responded to a call about a kitten stuck in a Regions Bank ATM, KFSM-TV reported. First responders opened the machine and later took the “dehydrated, hungry” kitten to Fort Smith Animal Haven, according to the weird news post.

Facebook users showed their gratitude to the firefighters and joked about how the kitten wound up in such a bizarre situation. “Why was the cat not arrested for attempted bank robbery?” asked one Facebook user.

The kitten, a male gray tabby, has since received a name fitting for his unlikely adventures in the financial world: Cash.

Ashley Deane, a vet tech with the shelter, described Cash as “a little spicy” from the ordeal. He weighs less than 1 lb., according to KFSM-TV, but is on his way to recovery.

Read more of the odd post on huffpost.com under the caption: ‘’  You Gotta Be Kitten Me: Cat Cashes In 1 Of His 9 Lives In ATM Rescue: Why was the cat not arrested for attempted bank robbery?

Unbelievably against all odds, seagull now dubbed Stephen has been carrying out heist after heist on a Heron Foods, with the daring gull making off with 18 bags of crisps, breadbuns and flapjacks in a string of robberies

A daring seagull has scored itself the heist of the decade after nabbing 18 bags of crisps and a bit of flapjack from Heron Foods, according to the bizarre report.

The bird took on the chain store in a bit of bird on bird action, although the seagull made off with a huge bag of ready salted crisps without much of a fight.

CCTV from Heron Foods captured the bold bird on the prowl but not for worms, as he would rather have some crisps, of which the greedy gull managed to pick up quite the bargain.

Read more of the odd post on dailystar.co.uk under the caption: ‘’ Greedy seagull swipes 18 bags of crisps and flapjack from Heron Foods store in heist ‘’