These bests, most popular and famous world leaders, politicians, diplomats, military veterans, and government officials who died of coronavirus disease pandemic have undoubtedly contributed immensely to domestic and international economic growth and development in one way or another and needed to be recognized.

Belfrage worked in the Ministry for Foreign Affairs from 1970 to 1987 as a diplomat in Geneva, Washington, D.C., Bucharest, Beirut, and Paris.

In 1987, Erik Jean Christian Antoine Belfrage became a vice president at Skandinaviska Enskilda Banken and as an adviser to Investor AB.

Belfrage also served as an advisor to Peter Wallenberg and the Wallenberg family between 1987 and 2012. Belfrage died at Saint Göran Hospital in Stockholm on 18 April 2020 after suffering from COVID-19 disease at the age of 74. 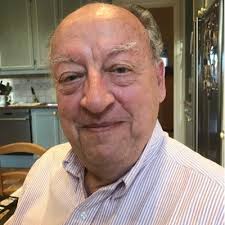 Abba Kyari OON was a Nigerian businessman who served as Chief of Staff to President Muhammadu Buhari. and a key politician in his administration.

Abba Kyari was an executive director in charge of management services at the United Bank for Africa and was later appointed the chief executive officer. In 2002, he was appointed a board director of Unilever Nigeria and later served on the board of Exxon Mobil Nigeria.

Kyari died at the age of 67 on 17th April 2020 at First Cardiology Consultant Hospital, Lagos after two weeks of testing positive for COVID-19. 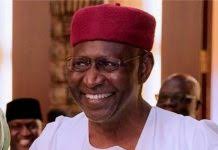 Bennie Gene Adkins was the recipient of the U.S. Military’s highest decoration, the Medal of Honor, for his distinguished combat fight during the Vietnam War in March 1966 when he was a sergeant first class. 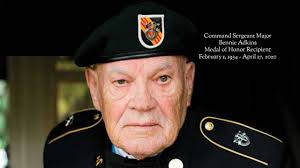 Santiago Lanzuela Marina was a popular Spanish economist and renowned politician who previously served as President of the Government of Aragon, one of the Spanish regional administrations and recognized as one of the most popular and famous world leaders who died of coronavirus disease pandemic.

In 1974, Santiago Lanzuela Marina became head of the office for Spanish co-operation with Nicaragua and then served as a director, Employment Ministry of Spain from 1976 to 1981.

Santiago Lanzuela Marina was elected to the Spanish Congress in 2000 and between 2004 and 2008.

Enrique Múgica Herzog was a popular Spanish lawyer and politician.

Enrique Múgica Herzog managed the establishment of diplomatic relations between Spain and Israel. He was 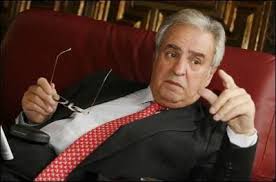 Bernard C. Juskiewicz was an American politician in the state of Vermont. He was a member of the Vermont House of Representatives, who sat as a Republican from the Lamoille-3 district in 2012

Mahmoud Jibril el-Warfally was one of the most popular and famous politicians in North Africa. He served as the interim Prime Minister of Libya for seven and a half months during the Libyan Civil War, chairing the executive board of the National Transitional Council (NTC) from 5 March to 23 October 2011.

Mahmoud Jibril el-Warfally also served as the Head of International Affairs. As of July 2012, Jibril was the head of one of the largest political parties in Libya, National Forces Alliance

Jibril el-Warfally died of coronavirus disease on 5 April 2020 at the age of 67 at Cairo, Egypt. 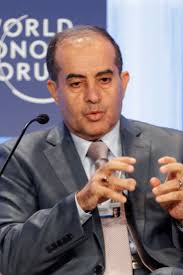 Md. Sirajul Islam was a Bangladesh Awami League politician. He was twice an elected member of the Parliament.

Md. Sirajul Islam was the organizer of the Liberation War of Bangladesh.

Sirajul Islam died in New York City, US on 4th April 2020 after undergoing treatment for COVID-19 at the age of 77. 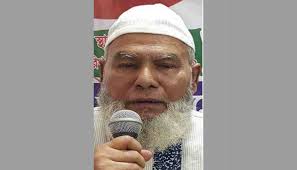 Philippe André Eugène, Baron Bodson was a Belgian businessman and politician. He served in the Belgian Senate from 1999 to 2003

Omar Quintana Baquerizo (March 22, 1944 – April 3, 2020) was an Ecuadorian administrative leader, businessman, one of the most popular and famous politicians and sports executives in Ecuador.

Quintana Baquerizo served in the President of the National Congress of Ecuador from January 5, 2005, until April 20, 2005.

He was one of three major soccer managers and executives to die from COVID-19 in Ecuador. He died at the Balıkesir State Hospital on April 3, 2020, at 76 years of age. 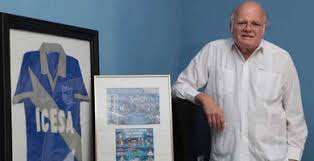 Bernardita Leonido Catalla was a popular Filipina professional diplomat who was last appointed as the Philippine ambassador to Hong Kong, Indonesia, Malaysia, and Lebanon.

Catalla died on April 2, 2020, of coronavirus disease in Beirut, Lebanon at the age of 62. 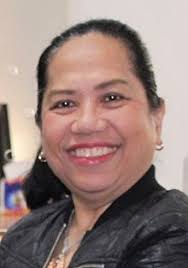 Nur Hassan Hussein (popularly known as Nur Adde) was a Somali politician, who served as Prime Minister of Somalia from November 2007 to February 2009. 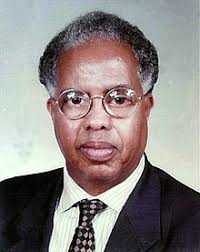 Branislav Blažić was a surgeon and one of the most popular and famous Serbian politicians.

Branislav Blažić served several terms in the Assemblies of FR Yugoslavia Serbia, and Vojvodina, and was Minister of Environmental Protection in the Government of Serbia from 1998 to 2000. 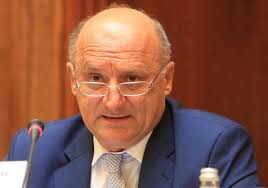 Rafael Gómez Nieto, the last living survivor of La Nueve, was a Spanish soldier, world-reckoned military leader, and one of the most popular and famous war veterans. Gómez Nieto was a veteran of the Spanish Civil War and World War II

Gómez Nieto died on 30th March 2020 at a nursing home in Strasbourg, France, a city where he had lived since 1955, from coronavirus infection at the age of 99 years. 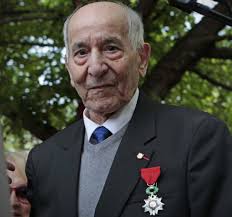 Jacques Joachim Yhombi-Opango was a Congolese politician. He was a military leader who became Congo-Brazzaville’s first army general.

Joachim Yhombi-Opango died at the age of 81on 30 March 2020, at the American Hospital of Paris in Neuilly-sur-Seine, France, from COVID-19 pandemic. 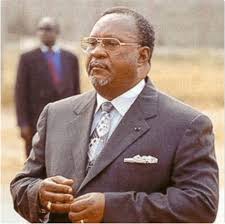 Patrick Devedjian was a French politician but of Armenian descent and personal adviser of Nicolas Sarkozy since the 1990s, he was Minister under the Prime Minister in charge of the implementation of the Recovery Plan, the night of 28 to 29 March 2020. 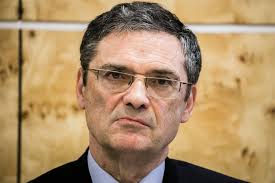 Steven Dick was a British diplomat who was the Deputy Head of Mission at the British Embassy in Budapest, Romania. He served in Kabul and Riyadh, Saudi Arabia.

He died on March 24, 2020 of COVID-19 at the age of 37 (one of the youngest world leaders who died of novel coronavirus pandemic). 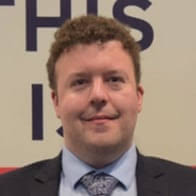 Lorenzo Acquarone was an Italian lawyer, a university lecturer and a famous politician.

He was elected to the Chamber of Deputies for three legislatures and participated in the formation of the new political entity called the “Margherita” in 2002. 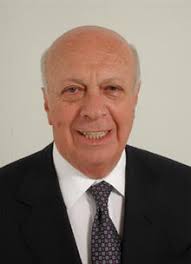 José Folgado Blanco was a Spanish businessman, economist, and politician. He was one of the most popular administrative leaders in the world. 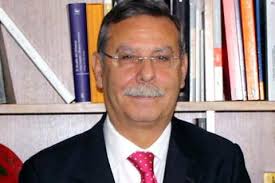 Vicenç Capdevila i Cardona was a Spanish lawyer and politician. He was one of the most popular administrative and political leaders in the world just like José Folgado Blanco. 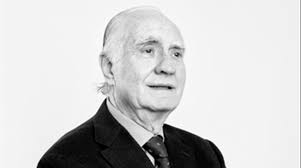 Hamid Kohram was an education leader, Iranian politician, and veterinarian who served as a member of the Iranian Parliament between 2000 and 2004. He was a popular education leader in Iran He was also the Director-General of Scholarships Office and Student Exchange, Ministry of Science, Research and Technology

Hamid Kohram was a professor of Animal Science Department, University of Tehran, Iran.

Hamid Kohram died at the age of 61 as a result of coronavirus disease on 19 March 2020. Aytaç Yalman  died from complications of COVID-19 on 15 March 2020, aged 79, three weeks after he had been in Iran, where the disease was prevalent. 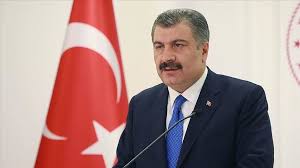 Nicolas Alfonsi was a French politician and a professional lawyer, a member of the Senate of France, representing the department of Corse-du-Sud. 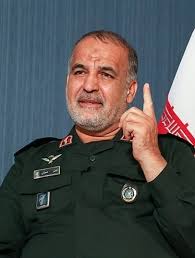 Giovanni Battista Rabino was an Italian politician who served as a member of the Chamber of Deputies from 1983 to 1992 and between 1992 and 1994, as Senator.

Giovanni Battista Rabino was a mayor of Montaldo Scarampi.

Rabino died from COVID-19 at the Cardinal Massaja Hospital in Asti, Italy on 12th March 2020 at the age of 88. 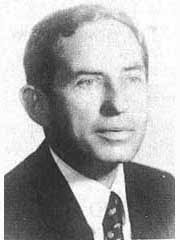 Mohammad-Reza Rahchamani was an Iranian physician and reformist politician. From 1984 to 2000, he represented Sabzevar in the Iranian Parliament. 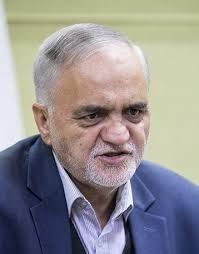 Fatemeh Rahbar was an Iranian conservative politician and author

Rahbar died on 7th March 2020 due to complications caused by the coronavirus disease. 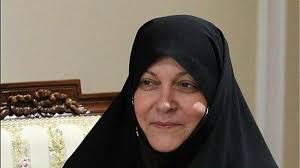 Reza Mohammadi Langroudi was an Iranian Twelver Shi’a cleric of the rank of Ayatollah. He served as the representative of the Iranian Supreme Leader Ali Khamenei in the town of Langroud.

Hossein Sheikholeslam was a conservative politician and diplomat who was an advisor to the foreign minister Javad Zarif.

Hossein Sheikholeslam also was a member of the Seventh Islamic Parliament of Iran and previously the Iranian ambassador to Syria.
Sheikholeslam was Assistant to the parliament Speaker Ali Larijani for International Affairs. 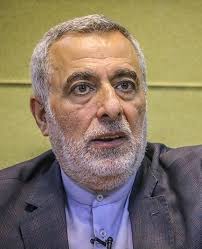 Seyyed Mohammad Mirmohammadi was one of the most popular and influential political leaders in Iran and at the time, he was the highest-ranking official within Iran’s leadership to die of the virus.

He served as the senior adviser to Iran’s Supreme Leader Ayatollah Ali Khamenei, and a member of the Expediency Discernment Council. 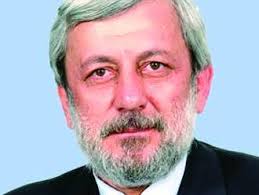 He died on 28th January 2020 of severe pneumonia related to coronavirus disease (COVID-19) at the age of 57.