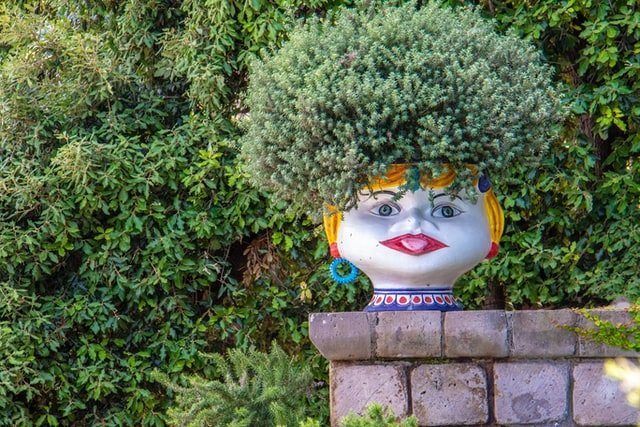 Contents hide
1 Video: Twice kidnapped, repeatedly gang-raped, and forced to eat human flesh by two different militant groups
2 Top 5 unbelievable, strange, weird, scary, and interesting real stories and news of 16th July 2022 – Videos and Photos
3 Man claims that running on all fours like a dog daily for the past has torn him apart
4 Transgender inmate moved to men’s prison after impregnating two other prisoners
5 See pics: Incredible story of the mysterious ‘Silent Twins’ who were possessed by each other and had unbreakable bond and were possessed by each other until one died for the other to live
5.1 10 shocking facts about the story of the unbelievable bond between the mysterious ‘Silent Twins’

Photo by Nick Fewings on Unsplash

Hello amiable reader and viewers, welcome to our Eduonwheels blog this Sunday, July 17, 2022, where we’ll bring you all the latest reports on weird, unbelievable, strange, bizarre, odd, scary, unusual, funny, and interesting news and stories and news on as things and happening around the world in the most exciting way.

As is always the expected case, in our latest weird news blog, the daily updates in posts would follow below in the collection of the most recent of the weirdest news for this day, Sunday, July 17, 2022, reported below in no particular order.

In this weird report, a personal trainer in Indiana has said that running on all fours like a dog every day for almost an entire year has made him “crazy ripped.”, even though he has seen noticeable changes in his body.

Nathaniel Nolan has spent the last 322 days doing an exercise a minimum of about 30 to 45 minutes a day that has sparked “running like a dog” headlines across the internet saying the exercise tears him apart.

“There’s no inspiration coming from any animals. I’m not trying to imitate anything,” Nolan said.

In fact, the all-fours practice was born about a year ago, when Nolan’s calisthenics practices, jujitsu, and breakdancing started to wear on him.

“I was suffering from a lot of pain in like my wrists and hands and shoulder and stuff,” he said.

So it’s no wonder Nolan is as fit as he is. He also said he’s thrilled when he sees others embark on their own “All 4s Challenge.”

The weird news was reported with the caption: ‘’ Indiana man claims running on all fours like a dog daily has made him ‘crazy ripped’ ‘’

Transgender inmate Demi Minor who was moved to a men’s prison in the US after strangely impregnating two other female prisoners said he had accepted being in a male facility but hadn’t accepted nor would ever agree to or accept that I was anything other than a woman.

Minor, 27, complained that she was misgendered and abused by guards during the transfer and was even placed on suicide watch after she tried to hang herself while she was being transferred to GSCF.

In a post on her Justice 4 Demi blog, Minor claimed that she was targeted by correctional officers, with one of them mocking her when she asked to be stripped and searched by a woman. In a separate post, she claimed she was beaten during the transfer.

Minor’s case gained notoriety in April when the New Jersey Department of Corrections revealed that he had impregnated two fellow inmates at the Edna Mahan Correctional Facility.

The weird news report is reported with the caption: ‘’ Transgender Inmate Moved To Men’s Prison In US After Impregnating Two Fellow Inmates ‘’

The incredible news of the mysterious ‘Silent Twins’ who were possessed by each other and had an unbreakable bond until one reportedly died for the other to live, appears unbelievable in this weird story.

The mysterious ‘Silent twins’, June and Jennifer Gibbons exhibited the following bizarre bond mostly known and understood by them.

1. They became infamous that saw them speak in their own language and communicate with their eyes

2. They formed habits that are normally harmless – like finishing the other’s sentences and donning matching outfits – which became much more threatening.

3. Their bizarre dynamic got weirder when the duo started speaking in their own language, which not even close family members could understand

4. They would even give each other signals through eye movements and copy the other’s actions, sparking questions over the potential of twin telepathy

5. The girls were unusually non-reactive, going so far as to describe their behaviours as “doll-like”.

6. The existence of an unusual dynamic between the girls that June wished to speak out freely but was compelled not to by Jennifer

7. Separating them with the hope that it would allow them to develop as individuals made the horrific situation even worse as June stopped moving altogether, lying in bed uncommunicative for weeks on end and unable to function without her twin at her side until they were united.

8. They eventually slipped into a life of chaos and crime – drinking and drugs, and went on a five-week crime spree committing vandalism, burglary, and even arson.

9. Their dairies shockingly revealed deep-rooted disdain for each other despite the devotion.

10. In 1993 Jennifer became unwell and suddenly died at just 29 years old and mental health campaigner Marjorie Wallace even claimed that Jennifer had decided to die so that June could live a normal life.

The bizarre story is captioned: ‘’ ‘Silent Twins’ who spoke their own language believed ‘one had to die so other could live’ – Twins are often known to have an unbreakable bond.