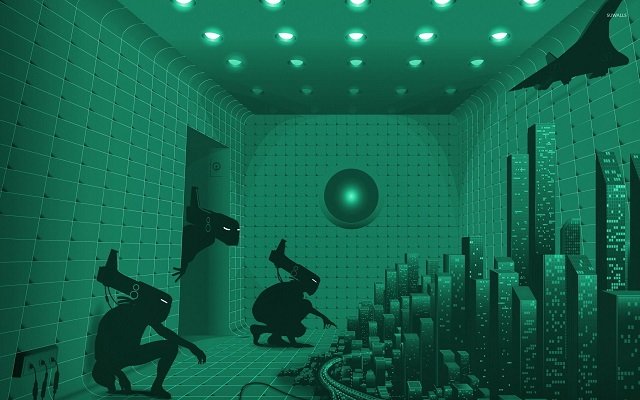 Contents hide
1 15-year-old boy catches “Unbelievably Rare” all-white catfish
2 Watch video: Internet calls a two-time Olympic medalist an “All-Rounder” as she dances the remix of viral songs
3 Watch viral video: Group of children sharing one umbrella happily amidst rains goes viral.
4 Woman ‘in panic’ as her Primark bag catches fire while sunbathing
5 Bus passenger falls asleep in a journey and wakes up to find out he’s locked in
6 See the Photo of the ‘’World’s Costliest Mango’’ which costs about $1,228.50 per fruit
7 Watch video: Exceptional delivery boy rides horse to drop off order in heavy rains

A 15-year-old boy named Edwards Tarumianz has caught an unusual all-white catfish in Tennessee, US, in this unbelievable weird news to the excitement of internet users.

In this incredible news report with the headline: ‘’15-Year-Old Boy Catches “Incredibly Rare” All-White Catfish In US’’, according to NDTV news, an unusual white catfish was recently caught by a 15-year-old boy in the United States which was released back into the water.

The Tennessee Wildlife Resources Agency (TWRA) informed that Edwards Tarumianz was taking part in a fishing trip captained by Richard Simms from Scenic City Fishing Charters on June 28 when he caught the rare fish, of the species Ictalurus furcatus – commonly referred to as the blue catfish.

The specimen that Edwards caught was mostly white with some light pink areas on its fin even though this species is typically bluish-grey in colour.

Internet users commented on the catch, lauding the boy for his rare catch.

Watch video: Internet calls a two-time Olympic medalist an “All-Rounder” as she dances the remix of viral songs

The top badminton player, wearing a pair of black pants, sunglasses, and a shrug. is seen dancing on the remix of two trending audios. The first one being the ‘Head Shoulders Knees and Toes‘ song and the second being the ‘Gomi Gomi‘ song., according to NDTV News titled: ‘’ Watch: PV Sindhu Dances To Remix Of Viral Songs, Internet Calls Her “All-Rounder” – “Whatever makes you truly happy, do that,” PV Sindhu wrote in the caption.

The Instagram video of the popular sports star PV Sindhu as she dances to the remix of a viral song has viral, prompting internet users to describe her as an “All-Rounder”

The two-time Olympics medallist PV Sindhu and a star badminton player is also known for her dance skills is seen boasting of her supreme fitness in the viral video as well.

Before now, the star badminton player had won millions of hearts by dancing to the tunes of Kacha Badam and Mayakirriye. Now, she recently posted another dance video on Instagram in which she can be seen tapping her feet to another trending audio on the social media platform.

Since being shared, the post has garnered more than 221,000 likes and thousands of comments.

The viral video of a group of children walking through a road sharing one umbrella has gone viral leaving the internet users in keen affection, in this interestingly weird news.

The captivating story in the video captured a group of six happy children walking beside a road trying to fit into a single umbrella close to them and move closely amidst rainfall – three of which were seen wearing school uniforms, while a little boy was also seen holding a writing slate, according to NDTV with the caption:’’ Viral Video: Group Of Children Sharing One Umbrella Leaves Internet Nostalgic’’

The clip was shared on Twitter by Indian Administrative Service (IAS) officer Awanish Sharan. The cheerful way in which the kids are seen walking through the road can take a social media user on a trip down memory lane.

The video has won the heart of many internet users, some of whom have made comments expressing ‘keen affection and inventive thinking’

Since being shared, the video has been viewed more than 1.1 million times with thousands of comments.

Woman ‘in panic’ as her Primark bag catches fire while sunbathing

In this bizarre news, a woman has said that she was shocked after claiming the Primark bag she’d taken with her on holiday had caught fire while she was sunbathing, as it had got so hot in the sun

According to the Mirror, UK News captioned: Woman’s beach bag catches on fire from the heat in Crete: Woman ‘in panic’ as her Primark bag catches fire after sitting in the sun, the woman claimed that she was shocked that her Primark bag she’d taken with her on holiday caught fire while she was sunbathing, having gone so hot in the sun.

Eva Bacchoo, the 21-year-old from Sussex has shared a clip of her beach bag after she’d put the fire out, with singed edges. In her share, she was interrupted by her bag catching fire – while her AirPods were still inside while she was enjoying some time by the pool peaceful sunbathing lounging around in the sunshine on holiday in Malia, Crete,

She has claimed to have turned around to see her Primark bag was smouldering and there were little flames.

She has also claimed in a viral video posted to her TikTok that the incident might have started as a result of the metal button on the bag getting too hot – though her followers think it might have been the bottle of water in the bag that caused issues.

In one of the latest weird reports, a bus passenger falls asleep on a journey and wakes up to find out he’s locked in the bus, leaving him in a shock.

The unnamed passenger slept off as the bus was rumbling along, and awoke alone and in darkness, no one saw including the bus driver nowhere with the vehicle locked, leaving him trapped inside.

Panicked, the sleepy individual turned to Reddit for help as he began looking about for ways to escape from their accidental prison.

The anonymous person, who is believed to live in Aberdeen, Scotland, reached out for help under the username u/SignatureLabel, sharing a shudder-inducing picture from inside the deserted bus.

They wrote: “Fell asleep on the bus, woke up and no bus driver. Does anyone know how to open a bus from the inside?”

In this unusual news, we tell you that the ‘’World’s Costliest Mango’’ in photo has been revealed which costs about $1,228.50 per fruit.

In this news on ndtv.com titled: Harsh Goenka Posts Photo Of “World’s Costliest Mango”: All You Need To Know, “The unusual ruby-coloured Japanese breed of mango, Miyazaki is said to be the world’s costliest mango, is sold at $3,510 per kg.

Harsh Goenka who has posted a photo of one of the costliest varieties of the fruit said that the crop is rarely grown in India and that growers of the fruit provide security to guard the fruit.

According to the Japanese Trade Promotion Centre, The Miyazaki is a type of “irwin” mango which is different from the yellow “pelican mango” widely grown in Southeast Asia.

Miyazaki mangoes are often referred to as “Eggs of Sunshine” (Taiyo-no-Tamago in Japanese) due to their shape and flaming red colour and they got their name from the city in Japan where they are grown.

The mango is rich in antioxidants, beta-carotene, and folic acid, the mangoes are grown during the peak harvest season between April and August.

The video mind-catching story of a delivery boy who rode a horse to drop off order in heavy rains shared by internet users makes our first latest news report on weird news.

According to reports from NDTV News with the caption: ‘’ Watch: Swiggy Delivery Boy Rides Horse To Drop Off Order Amid Heavy Mumbai Rains, a delivery agent made waves on social media after using a horse to deliver orders amidst heavy rains in Mumbai, India. The unique delivery came to light after a short clip was shared on several social media platforms.

The exceptional delivery came to the public interest after a short clip was shared on several social media platforms.

In few hours, the circulated video overwhelmed internet users, prompting them to praise the delivery dedication of the exceptional boy as they make their comments with laughing emoticons.

In a video, the boy was seen travelling on horseback to deliver food packages as roads were flooded with water due to persistent rainfall in the city of Mumbai, India.

In the meantime, heavy rains hit Mumbai, India earlier this week, with the Indian Meteorological Department (IMD) issuing an orange alert warning of heavy to very heavy showers in the city.

Two incidents of building collapse were reported in Kalbadevi and Sion areas amidst the continuous rainfall. While there were no casualties, people were evacuated safely from the affected structures.